US to keep up attacks on al Qaeda in Pakistan: Panetta

US to keep up attacks on al Qaeda in Pakistan: Panetta 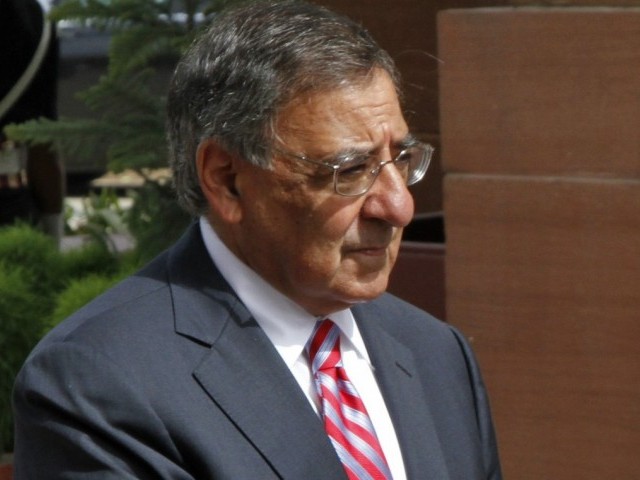 Leon Panetta acknowledges India, US had 'often deep' differences with Pakistan but needed to work to overcome them. PHOTO: REUTERS

NEW DELHI: Pentagon chief Leon Panetta said Wednesday that the US would continue to attack al Qaeda in Pakistan despite complaints from Islamabad that the drone strikes violate its sovereignty.

“We have made it very clear that we are going to continue to defend ourselves,” Secretary of Defence Panetta said in India a day after the US announced the killing of al Qaeda’s number two Abu Yahya al-Libi.

“This is about our sovereignty as well,” Panetta added, arguing that al Qaeda militants who orchestrated the September 11 attacks on the United States were in Pakistan’s tribal areas.

“The leadership of those who were involved in planning this attack are located in Pakistan, in the FATA (Federally Administered Tribal Areas),” he said.

Panetta confirmed the strike on “another deputy leader” of the terror group, referring to al-Libi who once escaped from a US jail in Afghanistan and had escaped previous assassination attempts.

A trusted lieutenant of Osama bin Laden, Libi appeared in countless al Qaeda videos and was considered the chief architect of its global propaganda machine.

Pakistan has lodged a protest with Washington over a string of recent drone attacks on its northwestern tribal areas which it has branded as “unlawful, against international law and a violation of Pakistan’s sovereignty.”

Panetta acknowledged Wednesday that India and the United States had “often deep” differences with Pakistan but said New Delhi and Washington needed to work to overcome them.

“Pakistan is a complicated relationship for both of our countries but one that we must work to improve,” he said in a speech in New Delhi where he met the country’s leaders to discuss China and Afghanistan.

“India and the United States will need to continue to engage Pakistan, overcoming our respective – and often deep – differences with Pakistan to make all of South Asia peaceful and prosperous,” he added.