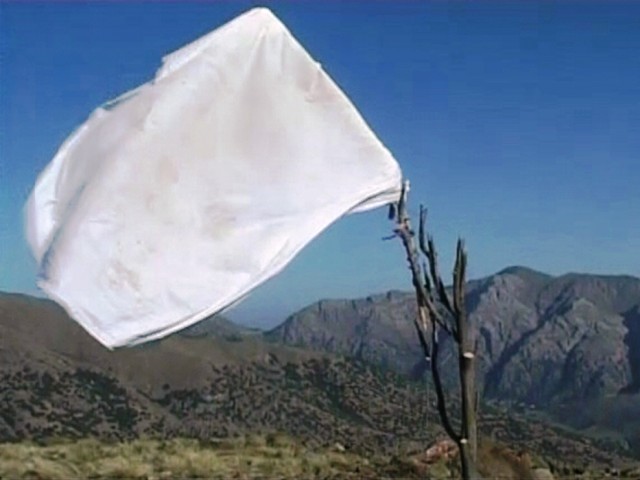 Over six months after it was struck by US warplanes, the Salala border post came under attack again on Monday – this time from Taliban insurgents.

Officials put the number of attackers in the hundreds and said they had crossed over from neighbouring militant-infested provinces of Afghanistan.

One paramilitary Frontier Corps (FC) soldier was killed and three others were wounded in the attack, said a Peshawar-based security official. In the retaliatory action from paramilitary troops, several attackers were also killed, he added. “I cannot give you the exact figure – but several militants were killed.”

Other official sources put the number of dead militants at 20 – a claim which could not be independently verified.

The banned Tehreek-e-Taliban Pakistan (TTP) claimed responsibility for the attack and gave an exaggerated death toll.

TTP spokesperson Ehsanullah Ehsan told journalists in a telephone call from an undisclosed location that the security forces suffered “several casualties” in the attack.

He claimed that only one of their colleagues was killed and another injured in the attack.

Mohmand Agency’s political agent and military officials visited the Salala post, situated high in the mountains along the border with Afghanistan.

They praised the paramilitary troops for defending the post against the Taliban insurgents.

It is the same post which was struck in a Nato air raid in November last year. Over two dozen Pakistani border guards were killed in the air strike that plunged Pakistan-US relations to their lowest ebb.

As a punishment, Islamabad had closed the Nato supply routes which remain blocked since.