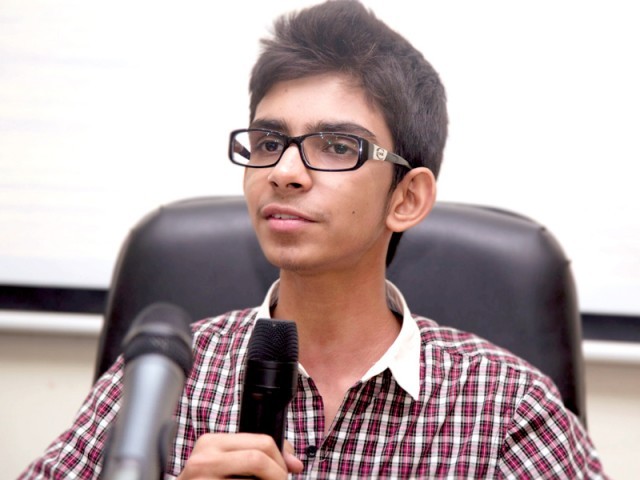 After months of struggle, 15-year-old Ali Shahbaz has scored a seat at the Rio+20 conference taking place in Brazil this month.

At a press briefing to mark the World Environment Day at Sustainable Development Policy Institute (SDPI) here on Monday, SDPI Executive Director Dr Abid Qaiyum Suleri said that Ali is an excellent combination of perseverance and intelligence and will effectively represent the interests, priorities and concerns of Pakistani youth as well as highlight a soft and positive image of Pakistan at the conference.

Ali will represent Pakistani youth as a part of Pakistan’s official delegation.

Rio+20 conference will attract more than 50,000 delegates, including over 10,000 official representatives, from across the globe. Thousands of side events have been planned by the representatives of over 195 countries.

Pakistan is also holding its event on “achieving sustainable development in state of crisis”.

Shahbaz said that more than 60% of Pakistan’s population consisted of youngsters. He said that this overwhelming segment of the population is now facing numerous challenges, which need to be addressed by policymakers. “We need to globally mould our ways to balance our lives for a safer world,” he said. Shahbaz struggled for months and wrote to approximately 15 companies to help him become a part of this conference. His recent participation at an SDPI conference impressed the panel and helped him secure a seat in Rio+20.