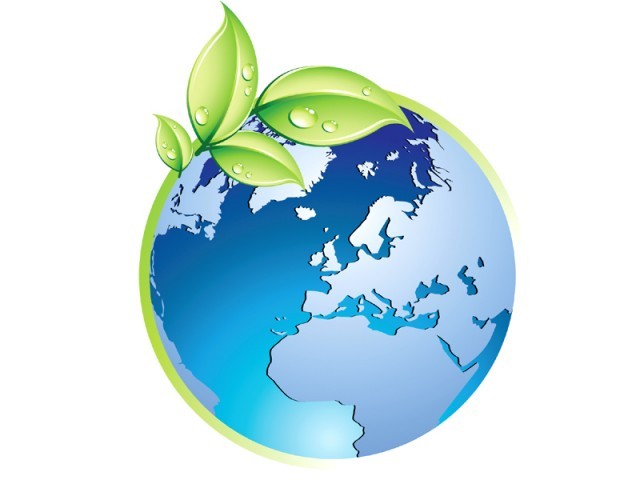 " We are in a car of our own destruction, with our foot stuck on the accelerator, headed towards an abyss," Environmental policy researcher Malik Amin Aslam.

Two separate conferences that were on the World Environment Day laid focus on the need to follow sustainable development methods and urged individuals to do the little things to protect to promote them.

During the Strengthening Participatory Organisation’s discussion on “Charting the course for a green economy in Pakistan”  many participants expressed their belief that sustainable development is a problem for developed countries as they are responsible for spending most of the world’s non-renewable and polluting resources.

However, environmental policy researcher Malik Amin Aslam noted that though developed nations have larger ecological footprints than developing countries, it is a phenomenon that effects the latter the most.

“We are in a car of our own destruction, with our foot stuck on the accelerator, headed towards an abyss,” he analogised fittingly.

Aslam who has served as the Minister of State for Environment commented, “Pakistan is using twice the resources than are available, which isn’t favourable, but compared to the UAE’s overuse at 800% and US’s at 300%, we can still cut our future losses.”

Aslam shared that according to world development indicators Pakistan ranks very low, and in a strange twist of irony, Pakistan has the highest index for number of policies made every year — underscoring the grave state of legislative implementation in the country.

Unlike previous green economy projects, according to Aslam, this one has strong political ownership and support from the prime minister, which will continue to be on future leadership agendas.

Surprisingly, a few audience members were not only skeptical about sustainable development in Pakistan but also had their reservations about the effects of global warming in the country, deeming it a western problem as well. Aslam urged them about its dire effects for Pakistan saying, “We are number one on the climate change risk index in the world”.

He also noted that the recent floods which devastated much of the country were due to global warming.

SPO Chief Executive Naseer Memon appreciated Aslam and the audience’s enthusiasm and participation but urged everyone to spread the clarifications and information they had received.

“Policy makers and political leaders have the power to make tangible changes, but the civil society has the power to inform these leaders and those around them,” he added.

Meanwhile, at a seminar organised by the Ministry of Climate Change and the International Union for Conservation of Nature (IUCN) in collaboration with Serena Hotel, Climate Change Minister Rana Muhammad Farooq Saeed stressed on the need to bring behavioural change in our daily lives to promote more efficient consumption of natural resources.

While launching the ministry’s website at the event, Saeed stressed on the need for encouraging rural development in terms of infrastructure and literacy.

Addressing the seminar, Islamabad Chamber of Commerce and Industry President Zahid Maqbool stressed on the need to make the private sector more cognisant of environmental concerns.

IUCN Manager Mahmood Akhtar Cheema said we should aim to reform ourselves.

“The time is now for all of Pakistan to stand united for causes that will lead to a brighter future,” he said.

Pakistan Council of Renewable Energy and Technology displayed their solar energy products at the event.