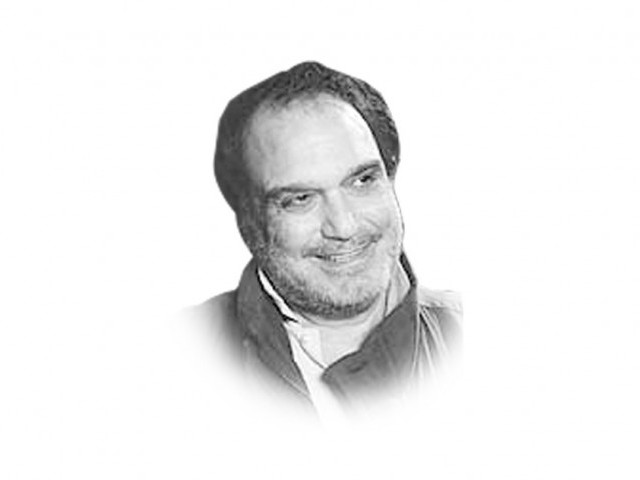 Brigadier (retd) Mehboob Qadir, who was Director General (SPAFO) of Pakistan Armed Forces deputationists to the Saudi Armed Forces from 1998 to 2002, noted in a recent article: “Pakistanis together with expatriates from India, Sri Lanka, Bangladesh, Philippines, Indonesia, etc, are called ‘miskeen’ by the Saudis”. He thought, quite correctly, that the word was used to mean ‘the poor wretch’. We use the word for the ‘down and out’ in Pakistan too.

What hurts is that the Saudis address the white expats of Europe and America as ‘rafiq’ (friend). What of the concept of ‘ummah’, he asks, which means that all Muslims are one nation? He discovers that ‘ummah’ applies only to Saudis, Iraqis, Egyptians, Yemenis, Kuwaitis Bahrainis, Emiratis, etc., but not to others. Arabs only, it seems, qualify.

The Saudis abolished slavery only recently in 1974. Then why are we ‘miskeen’? Is it really abolished though? Arabia of the Bedouins by Marcel Kurpershoek (Saqi Books 2004), records that Saudi Arabia was still tribal and big tribal families employed lavishly opulent slaves riding Land Cruisers who made Pakistanis and Bangladeshis till the fields of their masters.

The dominant tribe is Oteiba that “accepted Islam at the hand of the Holy Prophet (pbuh), in 622 AD and remained fiercely faithful to him”. Lawrence of Arabia modelled himself on an Oteibi warrior.

For the poor, the Holy Quran has two words: ‘faqir’ and ‘miskeen’. ‘Faqir’ is ‘a man in need’ but ‘miskeen’ is ‘completely down and out’. ‘Faqir’ has less than what he needs; ‘miskeen’ has nothing. ‘Miskeen’ literally means, ‘brought to a standstill in one place’.

In Hebrew, the word for poor is ‘meesken’. The Arabic root ‘skn’ means that which has lost all movement. The Urdu word ‘saakin’ (static) is related. Hence, poor is someone who can hardly move.

But the ‘skn’ root otherwise yields positive words, like peace and tranquillity (sakoon), including the Quranic word sakina (peace) that explains the feeling inside the Ark of the Covenant, expressed in the Judaeo-Christian doctrine of shekinah.

‘Faqir’ comes from the root ‘fqr’ which means ‘spinal vertebra’. Derivative word ‘Zulfiqar’ means that which ‘breaks the spine’ because it was originally the name of a sword. Etymologically, therefore, ‘Faqir’ means ‘broken-backed’.

‘Faqir’ has taken on more meaning. It means also someone who is contented in his need. One important element in mysticism is ‘faqr’: the need to be in need. Although it is an antonym of ‘ghani’ (one who is free of need), it has come to mean something close to ‘ghani’. It is, in this sense, that a famous family of Punjab called themselves ‘faqir’. My friend and well-known scholar Faqir Aijazuddin has a very firm spine.

The third word for poor is extremely poignant. It is ‘ghareeb’. It means someone who has left home or is homeless. And leaving home in ancient times meant going west (gharb). The sun sets (‘gharub’) in the west (‘maghrib’). When we observe the ritual of ‘Sham-e-ghariban’ during Muharram, we actually mean the ‘nightfall of the homeless’.

In Saudi Arabia, the Europeans are called ‘rafiq’. It comes from the root ‘rfq’, meaning ‘elbow’: one who is ‘by your elbow’. Friendship is ‘rafaqat’. Interestingly, ‘artafaq’ means leaning on something for support as if raising oneself on one’s elbow.

More derived meanings include softness because friendship is such a soft thing. When the Holy Quran talks of Paradise it talks of softness (ease) in this sense. To conclude, the most accurate sense of ‘rafiq’ is companion.

Pakistan is in the grip of honour. ‘Miskeen’ is not a good reminder these days.