Tinseltown talk: Of old roles and new ones

Tinseltown talk: Of old roles and new ones

Lindsa­y and Asin take on new roles while Ashton and Gary Barlow slip comfor­tably into their old ones.
Published: June 5, 2012
Tweet Email 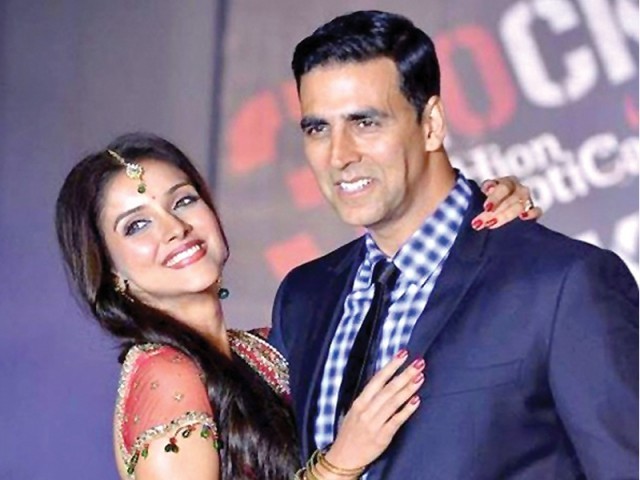 Akshay and I are a perfect fit: Asin

The Bollywood hottie has edged out Nargis Fakhri and bagged a role in Akshay Kumar’s Khiladi 786. When asked about this, Asin said that it would be best to ask the production house. The two were seen together in Housefull 2 and when asked if she would like to work with him again, Asin stated, “Akshay and I share a great working relationship. He’s really chilled out and we also gel well because he’s also an early rise, disciplined and professional. So it’s a perfect fit!” We understand her sentiments, after all who wouldn’t want to fit perfectly with the Bollywood hunk?

Lindsay Lohan has been in the limelight for a lot of reasons but never for working too hard. The actor will be seen starring as Elizabeth Taylor in her first lady leading part since her flop film Labor Pains (2009). However, celebrity gossip site TMZ has claimed that Lohan has become obsessed with “getting into the Hollywood legend’s head”, even changing her Twitter picture to one of her dressed as the star. Let’s see what Lindsay gets up to next.

“Two and a Half Men” star Ashton Kutcher has returned to “Punk’d” with a bang. The prankster decided to target TV reality star Kim Kardashian (with the help of her sister’s partner Scott Disick) and managed to get Kardashian blamed for a planned explosion. The star was seen to be visibly scared but relaxed when Kutcher showed up and took the joke in good humour. Kudos to you Kim for being a sport!

Boy band Take That had a bitter break up but singer Gary Barlow believes that they have moved past that and are good friends now, and will remain for many years to come.

The band, comprising Mark Owen, Howard Donald, Jason Orange and their occasional member Robbie Williams, had split it 1996 before reuniting in 2005. “I talk to the lads about once a week, including Rob. Yeah, we had the fallout, but he’s different now. In fact, we all are. And I’d love to think we’ll be mates for the rest of our days,” femalefirst.co.uk quoted the 41-year-old singer as saying.