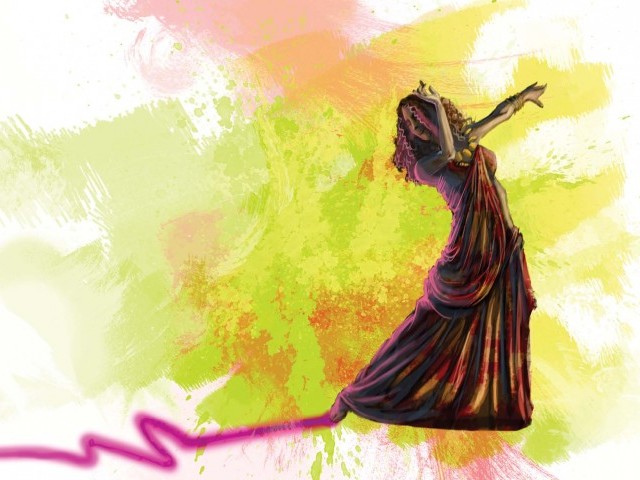 There is a massive cover up under way of a brutal slaughter in Kohistan, if key witnesses are to believed – and the provincial government and its security apparatus is abetting the effort to conceal the facts.

While the provincial government continues to deny the incident, key witnesses insist that not only were five women murdered by relatives on the premise of honour, their throats had been slit – contrary to reports that they had been shot.

The victims – four women caught on video singing and dancing at a mixed gathering and one ‘accomplice’ – were allegedly shot dead over the weekend and secretly buried in Seertaiy village on the orders of a local jirga for defying strict tribal customs. According to the story, which first appeared in The Express Tribune, the footage of the women was filmed and made public by two brothers, Bin Yasir and Gul Nazar. When the video caught the eye of the village elders, the women and those who had made the video were condemned to death.

Later, reports emerged that the five women had been shot dead. The provincial government, however, denied the allegations, insisting that the women were safe, and directed the divisional administration to investigate the matter to further prove their claim.

According to a source familiar with the matter, Omar Khan, the brother of two of the victims, told the officials that the women were alive but declined to present them in person. The officials, therefore, returned empty-handed as villagers insisted that exposing their women to outsiders was against tribal tradition.

On their return to Pattan tehsil, the commissioner told the media that the women were safe and secure, but could not be presented either before the court or the visiting team.

On the other hand, in a recorded interview, Muhammad Afzal, the brother of the two condemned men, along with two other villagers, who chose to remain anonymous for fear of their lives, reiterated that the four filmed women and a teenage girl, who the jirga ruled was an accomplice, were slaughtered on May 31.

The men alleged that the women were not shot, but were in fact slaughtered as slitting of throats was ‘easier’ and would not leave behind any evidence.

The two men said they had very strong reasons to believe that the women, namely Sereen Jan, Begum, Bazgha, Amina and Bazgha’s sister Shaheen, were murdered on the jirga’s order, while the life of Afzal and his brothers was at risk. They said that the jirga members include Maulna Mustafa, Omar Khan, Raj Mir, Jehangir, Khush Mir and Parvez of the Azad Khel.

They suggested that the murder could be proven if a judicial inquiry was conducted by women judges with the help of the National Database and Registration Authority.

The men said that all the victims had Watan and Nadra cards.  They added that if all of them, including the brothers, were provided security they would help identify the women and would also try to move the Supreme Court.

Afzal and the two men also accused the local police for aiding the accused, saying that, after learning of the jirga’s verdict, they could have taken measures for saving the victims’ lives.

Meanwhile, local clerics announced to stage a demonstration in front of the Supreme Court on June 6, to condemn media reports on the incident as well as the administration for “violating” tribal code of ethics and maligning their women. According to reports, the demonstration will be led by former MPA Maulana Dildar.

The Kohistan DIG, Commissioner, DPO and DCO were not available for comments.