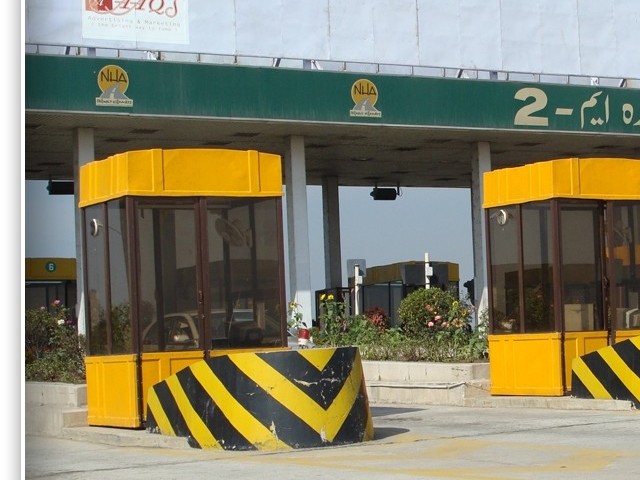 Law enforcers intercepted two US consulate vehicles at a motorway toll plaza and recovered a huge quantity of arms on Monday.

Four US diplomats and their three Pakistani employees were arrested and shifted to the nearby Chamkani police station.

An FIR was registered against the three Pakistanis under Section 13 of the Arms Ordinance, while the US diplomats were released after hours-long negotiations between SP Shafeeullah Khan and US Consul General in Peshawar Marie Richard.

The police intercepted two bullet-proof vehicles of the US consulate on the motorway in Peshawar and found four pistols, four SMG rifles and several ammunition magazines in their possession, Chamkani police station’s SHO Haji Inayatullah told The Express Tribune.

“They told us that they were returning to Peshawar after visiting Malakand,” explained the SHO. He added that any foreigner visiting any area in Khyber-Pakhtunkhwa and the adjacent tribal belt was required to get a no-objection certificate from the interior ministry but the US diplomats visited Malakand without permission.

The SHO said the vehicles were intercepted at 2pm but the American diplomats refused to talk to the police so it took another three hours to convince them to cooperate. “They were shifted to the police station at around 6pm.”

SP Shafeeullah Khan said that the documents of the diplomats were valid and except for the “illegal weapons in possession of the Pakistani employees of the consulate,” no other discrepancy was found.

“We have registered an FIR against all three local employees for possessing illegal weapons, while the diplomats have been released and their vehicles returned to them,” Khan said.