Sharif says it is shamef­ul a popula­tion paying millio­ns of rupees in taxes is depriv­ed of electr­icity.
By Web Desk
Published: June 4, 2012
Tweet Email 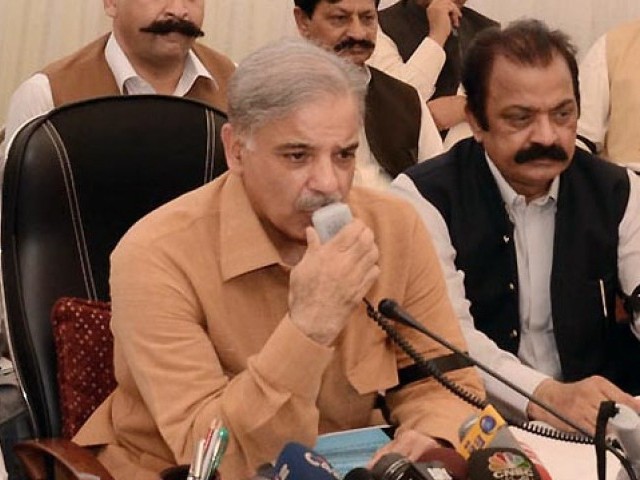 Sharif says it is shameful a population paying millions of rupees in taxes is deprived of electricity. PHOTO: INP

LAHORE: Chief Minister of Punjab Shahbaz Sharif said on Monday that the federal government was “behaving like a stepmother” with Punjab, and until it does not stop this attitude, the camp office will keep functioning, Express News reported.

Sharif was speaking at Minar-e-Pakistan, where he had set up his camp office to protest against the ongoing power crisis in the province.

The chief minister had reached his camp office at Minar-e-Pakistan through public transport from his residence at Model Colony to chair the provincial cabinet meeting.

The chief minister discussed issues related to the power crisis and budget 2012 in the provincial cabinet meeting that went on for two hours.

The chief minister asked the chief secretary to speak to the federal government about the circular debt.

He said, “I request with my hands folded before them [the federal governement] to not cause any harm to the protesters.”

Sharif further said the fact that a population that pays millions of rupees in taxes is deprived of electricity is shameful.

He further directed all provincial ministers to leave their air-conditioned offices and set up camps in protest against unscheduled loadshedding.

After the Provincial Cabinet Meeting by Sharif, a few protesters were called in the camp office. During the meeting, dozens of protesting women tried to barge inside the office.

One of the protesters, Shahida Bilqis, got involved in a fist fight with the security officer when she was not allowed inside the camp office.

Meeting with disappointment, the woman started slapping herself and fainted as a result.

Following this incident, the women were allowed in the office where Khawaja Salman Rafique, the Special Assistant of the chief minister, ensured that their grievances will be shortly addressed.

‘Set up power plants, not camps’

Speaking to the media at Lahore Press Club, Warraich said that if the Punjab chief minister thinks that there is an energy crisis in the province, then why has he not initiated any program for the cause.

He added that the people would not have been suffering if the Punjab government had initiated better programs instead of the laptop and the ‘Sasti roti’ scheme.