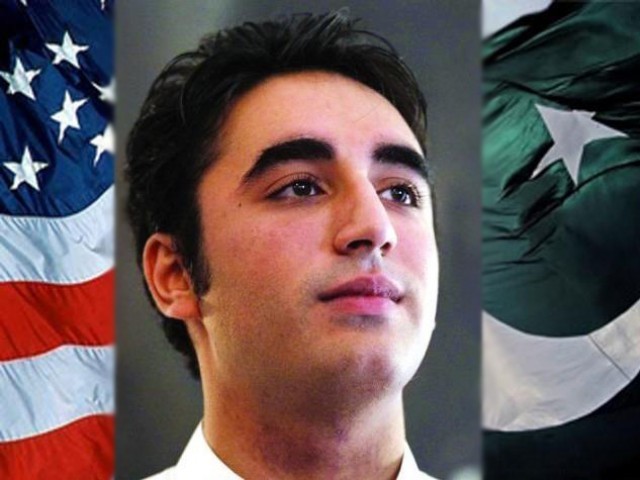 It’s not a family business, he says, it’s a way of life, it’s an ideology and it’s a vision for Pakistan. GRAPHIC: ERUM SHAIKH

NEW YORK: Pakistan Peoples Party (PPP) Chairman Bilawal Bhutto Zardari has stated that he is confident that he will be able to bridge the gap between Pakistan and the west, and help defuse the tensions between Islamabad and Washington.

In an interview with Newsweek, Bilawal echoed Pakistan’s position on various concerns that have strained relations between the US and Pakistan in recent months. Defending the way Dr Shakil Afridi’s case was handled by Pakistan, he pointed out that cooperating with foreign intelligence services, even those of a friendly government, is illegal in every country. He further stated that, Pakistan had now restored an independent judiciary and the first democratically elected government of Pakistan intended to uphold the rule of law.

Talking about his mother Benazir Bhutto’s assassination, he said, “I grew up overnight on December 27, 2007.”

Correspondent Eleanor Clift, who interviewed the PPP chairman, during his recent visit to the United States, wrote in her dispatch, “In a country where 60 percent of the population is under the age of 30, the 23-year-old Bilawal sees himself as the modern face of a young Pakistan. He is working to modernise the party through social media and building his political career.”

When pressed on why he would give up a comfortable life in London or Dubai, and return to Pakistan, where there are threats to his life, Bilawal said, “I didn’t choose this life, it chose me. I can’t let my mother’s death have been in vain. Democracy is the best revenge, and we will have it.”

Bilawal is working to set up a foundation in Benazir’s name that would offer sanctuary to women in minority communities who suffer abuse and provide them with legal assistance. He stated that he is proud that the current government has made domestic violence illegal and “passed the most pro-woman legislation in the last four years than all the previous governments combined.”

On Dr Afridi’s case, Clift wrote, “(Bilawal) is worried about another kind of fallout from the phony vaccination program led by the Pakistani doctor.”

“We may very well be the last country on earth with polio now as a result. It’s quite frustrating”, said Bilawal.

“Like many young people, (Bilawal) found inspiration in President (Barack) Obama, but was disappointed there wasn’t much follow-through after his speech in Cairo,” according to the dispatch.

“Quite a few of us had hoped there would be an Islamabad speech as well,” he said.

He further added that the general attitude towards the US, in Pakistan, is not good, and it is getting worse with every drone strike and every innocent civilian killed.