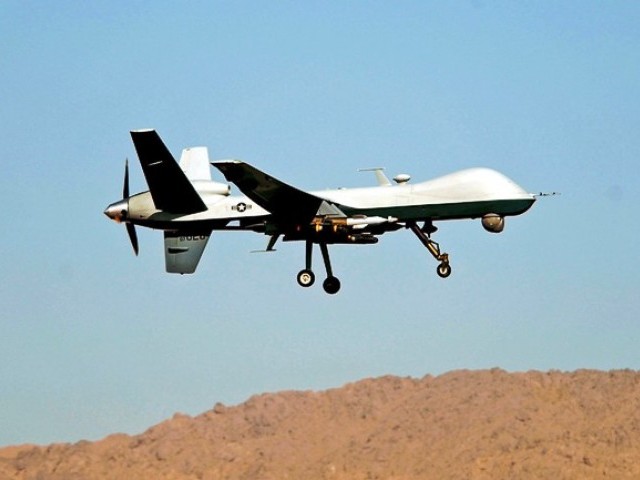 Four missiles hit a house belonging to the commander, who supported the Taliban in Afghanistan, near Wana — the main town in the South Waziristan tribal district — the officials said.

“At least four militants have died. The house has been badly destroyed,” a security official said, requesting anonymity.

However, the death of militant commander Malang Jan, an associate of warlord Maulvi Nazir who sends fighters to Afghanistan to support the Taliban, could not be confirmed by The Express Tribune. He has been reported as injured by our correspondent in the region.

According to officials, Yaseenullah, Arifullah along with two other militants were killed on the spot while Malang, Gulam Khan Tojai Khel, Khaizrullah Tojai Khel, Taj Muhammad, and Zar Wali were among those injured.

The attacks came when some people were leaving Jan’s house after conveying their condolences over the death of his younger brother, Rehmanullah, in an earlier drone strike on Saturday, an official said.

The unmanned aircraft fired missiles when Malang Jan came out of the house to see off his friends. “The missiles killed Jan and also destroyed the car of his guests,” another official told AFP.

A drone strike in the same area killed two suspected militants on Saturday.

Sunday’s attack comes amid an upsurge in drone strikes in Pakistan since a Nato conference on Afghanistan in Chicago last month.

(With Additional input from AFP)