UNICEF arrives with tons of relief supplies for Sindh

UNICEF arrives with tons of relief supplies for Sindh 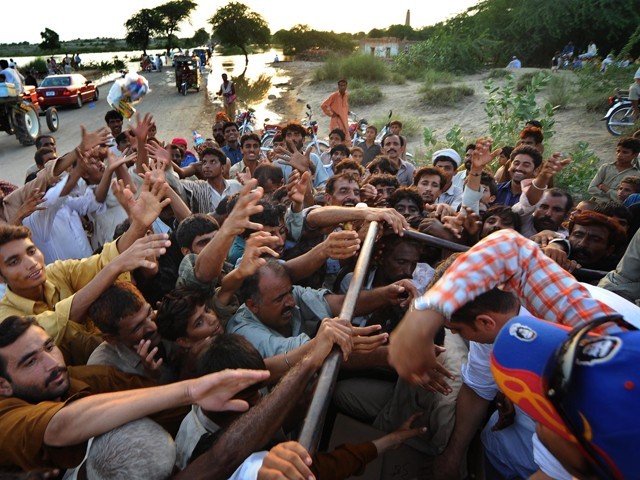 Some of them will be dispatched to flood-hit areas in Sindh while the rest will be transported to other parts of the country.

“It is the first major shipment of emergency supplies and we expect more to arrive in the coming days as our prepositioned supplies in one of the major warehouses [in Pakistan] were washed away by floods, therefore the supplies received today were urgently needed,” said Shilakadze, who added that the relief packages will be distributed among the flood survivors in Sindh immediately.

As the figures continue to rise, Unicef has estimate that around six million children have been affected by the floods in Pakistan, out of which around 2.7 million children need urgent, life-saving assistance.

“This is the biggest natural disaster to hit this region, bigger than the Tsunami or the earthquake, as millions of women and children are struggling to survive in dire conditions. The water level is still rising and we are bracing ourselves for more floods as rivers overflow and rains continue,” said Martin Mogwanja, the Unicef representative in Pakistan. The organisation is trying to deliver supplies to the flood survivors in a “race against time”, he added.

“Shelter is the most important [part of the relief plan], while food, water and health care also critical. Right now we need to save lives and create temporary living conditions for 1.8 million homeless people. It is a massive task and we are not there yet. Once we are, we can begin to think about the recovery of regions in Pakistan which have suffered widespread devastation,” he added.