Female studen­ts comple­te their medica­l educat­ion, but then 70 per cent of them end up not practi­cing at all.
By Our Correspondent
Published: June 2, 2012
Tweet Email 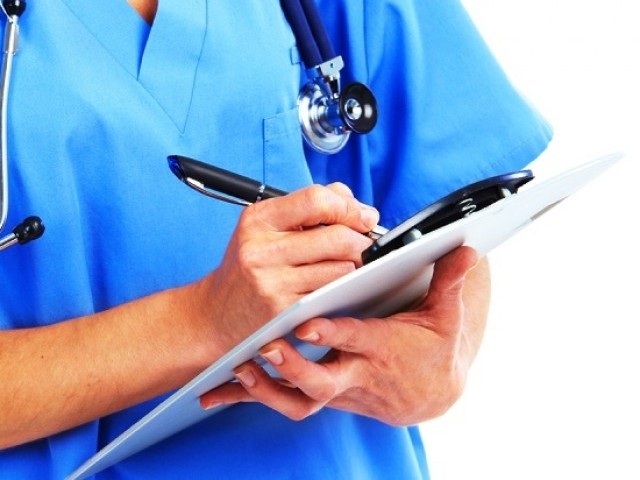 Dr Memon claimed that nearly 50 per cent of premedical seats at intermediate level were not occupied because of youngsters’ qualms about the medical profession. PHOTO: FILE

The Pakistan Medical Association Sindh had organised a press conference in association with the Young Doctors Association (YDA) to highlight the challenges faced by doctors in the province.

Dr Memon claimed that nearly 50 per cent of premedical seats at intermediate level were not occupied because of youngsters’ qualms about the medical profession. Female students complete their medical education, but then 70 per cent of them end up not practicing at all. Of the remaining 30 per cent, 20 per cent do part time jobs and only 10 per cent join fully-fledged medical service, while still others move abroad. “The government spends Rs10 million on one student and it goes to waste,” lamented Dr Memon.

PMA Sindh president Dr Samrina Hashmi, on the other hand, highlighted the loopholes in the recruitment process for doctors in the provincial health department. She claimed that no doctors were recruited in the province during the last 10 years. The health department needed to hire 5,000 doctors into BPS-17 posts as it has 3,000 vacancies, while another 2,000 doctors are working on projects like the hepatitis programme, Dr Hashmi told The Express Tribune. By the end of the year, 18 districts across Sindh would have 300-bed hospitals and 42 trauma centres. Dadu and Mirpurkhas would get modern hospitals. Therefore, argued Dr Hashmi, the health department would need more general practitioners, specialists, nurses and paramedics.

Dr Memon and Dr Hashmi lamented that while India and Bangladesh pay twice as much to their doctors, in Pakistan, doctors continue to retire in the same post they were hired in. “This situation is an emergency and these jobs should be created in the forthcoming budget,” said Dr Hashmi.