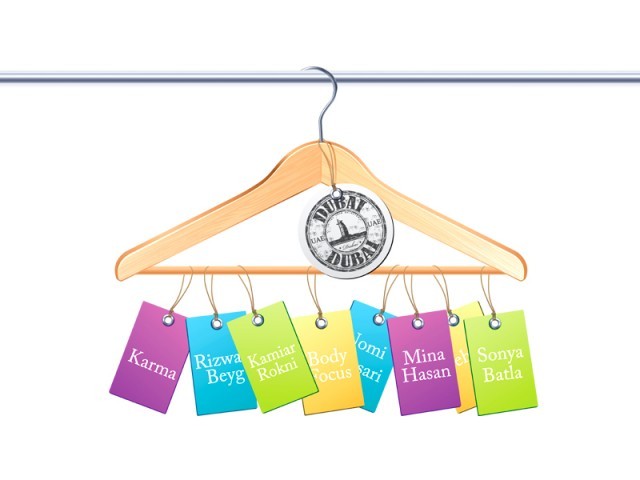 For Pakistani fashion, the most predictable step forward is the expansion of the retail business in Dubai. While one must give credit to Zahir Rahimtoola’s Labels for taking this giant leap three years ago by initiating a store within a store concept Studio 8 in Dubai, this year one shall see the other three fashion retail stores: The Designers, Ensemble and Brands Just Pret (BJP) foray into the Emirate hub.

While The Designers is slated for a mid June launch, BJP shall open its doors sometime in the end of July and Ensemble in August.

But while Labels in Dubai and Ensemble as a brand on the whole has a very definitive Indian presence, Asad Tareen of The Designers promises to be different by being Pakistani and delivering Pakistani aesthetics. “I feel that Pakistani designers are being belittled in Dubai with just a handful of them being placed next to 15 Indian designers and that too with just three to four pieces from their collection on the racks,” says Tareen. “Hence for me, Dubai isn’t just about making a business move it’s also a chance to provide a proper platform for our designers.”

To rectify this disparity, Tareen has gotten a prime location off Sheikh Zayed Road where he will get a good mix of desis as well as foreigners. So far he intends to stock about 24 to 26 designers with names like Karma, Nomi Ansari, Rizwan Beyg, Kamiar Rokni, Iman Ahmed of Body Focus, Mina Hasan, Mehdi, Zainab Sajid and Sonya Batla amongst the lot. However, for Shehernaz Hussain of Ensemble, it’s the availability of Indian designers like Ritu Kumar that make her brand what it is. “We promote good fashion irrespective of a nationality,” defends Hussain. “It’s almost like an extended Pakistani city,” she says of Dubai. “Fifty per cent of our clientele comprise desis and so we will keep our prices the same as our other Ensemble stores around Pakistan.”

While one may argue that Dubai is a tough and saturated market to enter, Tareen confidently states that, “Every business needs a formula to be successful and I have mine.” For starters, he’s banking on talent like nobody else by getting young designers like Mohsin Ali, who have risen to critical acclaim but don’t have the resources to produce. Tareen is offering Ali and other young designers like him to use his production facilities and create collections that he will then house not only at The Designers but also distribute them to other stores. Ali for one is thrilled with this arrangement; “This gives us designers the opportunity to do what we are good at without compromising on our aesthetic and vanishing into the market demands.” The designer adds that, “What’s great is that now I can create what I love and fortunately Tareen also approves of it so it is a win-win situation since I know how to design and he knows how to sell.” Ali is one name that shines bright amongst international fashion week attendees and his new line will soon debut at The Designer’s store in Dubai.

Apart from such unique design initiatives, Tareen also feels that his edge will come from offering the same prices that are tagged on clothes in Pakistan. “Pakistanis abroad typically call family members back home to do their purchases for them since they feel they get ripped off in Dubai. So the purpose is to prevent this from happening,” states Tareen. Typically expats go to desi stores when they want a trousseau, which is why Tareen has decided to dedicate a space for designers to meet clients and take orders, as well as hold exhibitions to not only showcase those designers that stock their clothes at The Designers, but also those who don’t.

‘Avanti’: Yet another adaptation