Dual nationality case: Malik given ‘last chance’ to prove he is not UK citizen

Dual nationality case: Malik given ‘last chance’ to prove he is not UK citizen 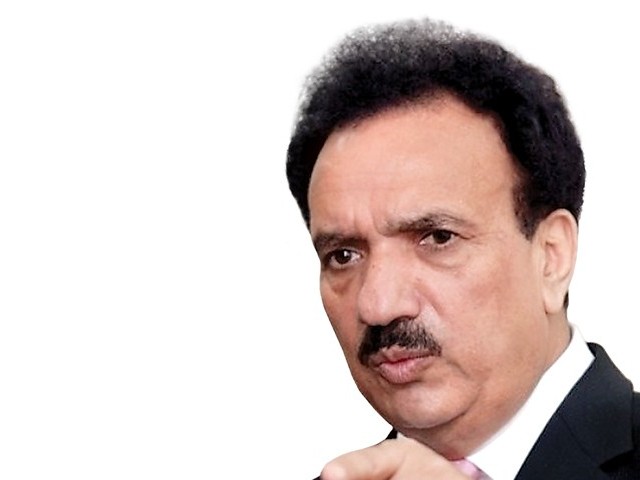 The Supreme Court rejected documents submitted by Interior Minister Rehman Malik as formal evidence to support his claim of renouncing his British citizenship. Hearing the dual nationality case on Wednesday, a three-member bench, headed by Chief Justice Iftikhar Muhammad Chaudhry, identified several anomalies in the documents submitted by Malik – but gave him one last chance to submit genuine documents to prove his claim.

The minister’s failure to satisfy the court by showing a receipt of the payment made to forgo his British citizenship may cost him his parliament membership.

“You are showing us an unattested form that has no significance to us,” Justice Chaudhry told Malik’s counsel, Chaudhry Azhar. “Show us the signed, stamped declaration renouncing his (British) citizenship,” he demanded.

The court observed that the dates mentioned on the form submitted by Malik did not match the ones mentioned in an affidavit submitted earlier by him.

The court was also informed that the name of Malik’s wife was mistakenly written as Saeed instead of Saeeda. However, the court chose to ignore the correction and incorporated Saeed in its written order.

The court was hearing a petition filed by Mahmood Akhtar Naqvi, who alleged that Malik held a British passport.

During the last hearing, the Supreme Court suspended the National Assembly membership of the president’s media advisor, Farahnaz Ispahani, because she held a US-Pakistan dual citizenship.

On Wednesday, Ispahani moved an application seeking adjournment of her case.

The court also found contradictions in MNA Zahid Iqbal’s statements and expressed concern over his possession of more than one passport.

The court ordered Attorney General Irfan Qadir to get in touch with national and provincial assemblies for information regarding lawmakers who hold dual nationalities.  The AG, however, asked the court to refer the matter to the executive authority. He explained that, just like the judiciary cases are referred to the Supreme Judicial Council, parliamentarians’ cases should be dealt with by parliament itself.

In response, the chief justice told Qadir that since this was not a case of misconduct there was no need to refer it to any other forum.

Justice Jawwad S Khwaja asked the AG to refrain from a briefing on Malik and Ispahani and instead, assist the court.

An adamant Qadir insisted that the issue raises a question over whether or not the court has the mandate to disqualify parliamentarians. He also raised objections to the chief justice’s referral to the fake degree case as precedent, saying that the members will continue sitting in the assemblies to address the miseries of overseas Pakistanis.