Asif Ali Zardar­i: Hot. Yousaf Raza Gilani — Not hot. Being “hot or not” in politi­cs is a game of “value additi­on”.
By Wajahat S Khan
Published: August 13, 2010
Tweet Email 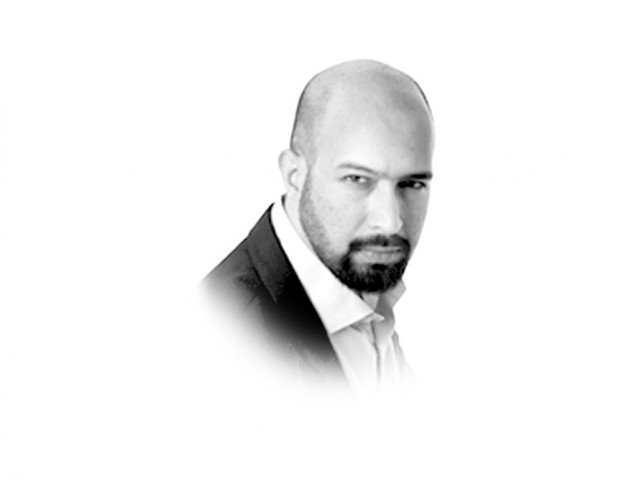 The writer is a freelance journalist, blogger and director at Core Consulting wajahat.khan@tribune.com.pk

Listing the Who’s Who of contemporary Pakistan isn’t difficult. Thanks to decades of systematic ‘elitist’ education, entrenched biradari politics, circular khandani business networking and ‘society-specific’ (the new-age version for class/caste) familial practices, those ‘who matter’ are dated/married/related to or have worked/served with everyone else ‘who matters’ as well.

In this modern jungle of highbrow society and below-the-belt politics, where ‘everyone knows someone’ and all the players are A-Listers, the ‘Real Elites’ need to be separated from the dispensable and irrelevant: behold, our qualified analysis of this Islamic Republic’s “Most (Un) Important Leaders” or, in jet-setter lingo, the “Politically Hot or Not”.

First up, Asif Ali Zardari: Hot. In fact, the president is too hot to handle. Even though his PR advisers are probably double agents for the PML-N (his recent trip to Europe is case in point enough — why else would he go?), AAZ is the “Lord and Master” of a party which has been constructed around the cult of lords and masters. The PPP loves “personalities” and AAZ exudes a yaaron ka yar charisma that they find irresistible. He is no ZAB or BB, but Zardari’s got game — no-holds-barred, Machiavellian game. Also, his serving time as well as being a single dad who’s raising the Bhutto scions might not rub off on everyone, but most jiyalas agree that he’s “worked hard” to get where he is. A veritable “survivor”, the prez might be a lot of things, but he is not unimportant.

Next: Yousaf Raza Gilani — Not hot. The PM of Pakistan aptly lives up to his title (isn’t it in the “PM” that we are most tired and ready to pass out?). During 2009, Gilani enjoyed brief popularity when the press lauded him as a “middle of the road” premier with “pragmatic” policies. Gilani was the Dusk Warrior — one who could negotiate between the dazzling spotlight of parliamentary politicking and the dark depths of the establishment’s ego. But what was the prime minister’s “moderation” last year is perceived today as “mediocrity”. Though Gilani is no John Doe – he couldn’t have come this far by being a nobody – one gets the feeling that Pakistani democracy won’t suffer a major brain drain if aliens were to suddenly abduct him.

General Ashfaq Parvez Kayani — Hot. Even though the “soldier’s soldier” wears four stars, he gets five stars on our hotness scale. Kayani is war general, spymaster, chief diplomat, political operator and grand-strategist all rolled into one, sombre chain-smoker. Everyone, everywhere wants to know the “golfer-in-chief”. The Gates/Mullen Pentagon is enchanted; the Clinton/Holbrooke State Department doesn’t have an option; the CIA/DIA boys are policy-less without him; Centcom wants to give him another star; the Indians are nervous as they’re now dealing with a real-life ISI man versus the semi-imaginary ones of the past; and the Chinese, well, them having the COAS visit the PRC on an official trip the week of his tenure’s extension announcement is reason enough to believe that Kayani is the hottest thing in Beijing since chopsticks were invented.

To reiterate — being “hot or not” in Pakistani politics is a game of “value addition”. Shah Mahmood Qureshi, bespoken and well-attired, runs a Foreign Office that is, unfortunately, not allowed to make a lot of foreign policy. Thus, he is not hot. Nawaz Sharif – contradictive and opportunistic, the classic example of a provincial mind operating at a global level, much thanks to patronage and fate – is very hot. That’s because he’s capable of making political hay in all sorts of circumstances — lawyers marching and rivers flooding are like sunshine for the Royal of Raiwind.

Making some “hot or not” decisions are easy: for example, the PCB’s Ijaz Butt is simply not hot (everyone feels a bit of Trotsky in them whenever our cricket czar holds a press conference). Other verdicts, like who’s the hottest in a collection of frumpy “not-hots” – our four chief ministers – are difficult to ascertain: Qaim Ali Shah’s missing backbone, Aslam Raisani’s “fake-or-real, at-least-it’s-a-degree” logic, Amir Hoti’s “War? What war?” defensiveness and Shahbaz Sharif’s “It’s still the 90s” approach to running Punjab make it all so confusing — speaking of which, I’m feeling kind of dizzy. After all, it’s always hot in the MQM’s Karachi.