Energy-hungry India is eyeing agreem­ents with its resour­ce-rich neighb­our in a bid to foster closer ties with Myanma­r.
By AFP
Published: May 28, 2012
Tweet Email 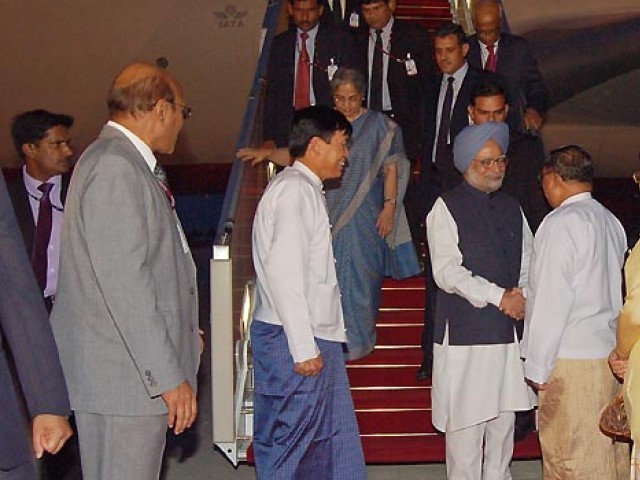 Manmohan Singh, the first Indian premier to visit Myanmar in a quarter of a century, was greeted with a guard of honour as he met leader Thein Sein in the capital Naypyidaw, according to an AFP reporter at the scene.

Energy-hungry India is eyeing a raft of agreements with its resource-rich neighbour in a bid to foster closer ties with Myanmar after dramatic reforms in the country ended its international isolation.

Singh and Thein Sein shook hands and posed for pictures with senior Myanmar ministers as the talks began.

The Indian prime minister will travel to the main city of Yangon for talks with opposition leader Aung San Suu Kyi on Tuesday, in a move seen as a sign that India wants to repair links with the veteran activist.