US will not be price 'gouged' by Pakistan: Panetta

US will not be price 'gouged' by Pakistan: Panetta 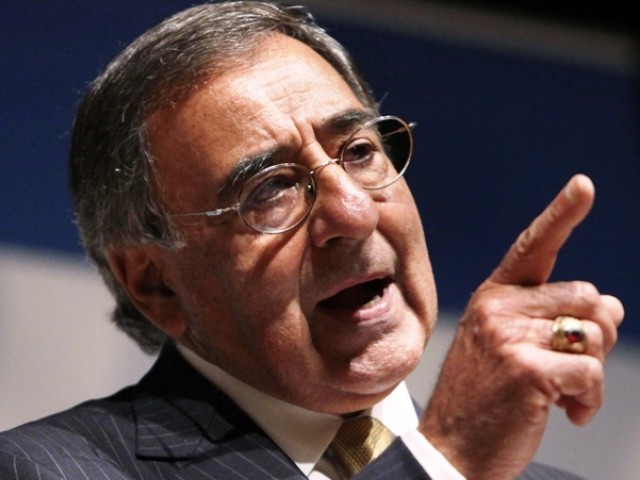 "We're not about to get gouged in the price. We want a fair price," Panetta said on ABC's "This Week." PHOTO: REUTERS/FILE

WASHINGTON: US Defense Secretary Leon Panetta vowed Sunday not to let the United States be “gouged” by Pakistan on the price it charges for overland deliveries of American military supplies to Afghanistan.

Pakistan closed the land route to US supplies in November as punishment for a botched US air strike that mistakenly killed 24 Pakistani soldiers, but have been in negotiations to reopen the border crossing.

US defense officials have said the Pakistanis are demanding several thousand dollars for every truck crossing its border with the supplies, up from $250 per truck before the closure.

“We’re not about to get gouged in the price. We want a fair price,” Panetta said on ABC’s “This Week.”

Without the Pakistani supply lines, the United States has had to rely on a much longer, more expensive northern route to resupply its forces in Afghanistan.

The supply lines impasse is just one of a host of issues that have opened deep schisms in relations between the two countries, supposed allies in the US battle against Islamic extremists.

Relations plunged to an all-time low after a US raid by US special operations forces killed al Qaeda leader Osama bin Laden in a compound in a Pakistani garrison town on May 2, 2011.

The United States has moved gingerly to make up with the Pakistanis, who were incensed that they learned of the raid only after it had been carried out.

But the issue flared anew last week when a Pakistani court sentenced a doctor who helped the United States gather DNA data used to track down bin Laden to 33 years in prison for helping the Americans.

“It is so difficult to understand and it’s so disturbing that they would sentence this doctor to 33 years for helping in the search for the most notorious terrorist in our times,” Panetta said.

“What they have done here,” he added, “does not help in the effort to try to reestablish a relationship between the United States and Pakistan.”

The Senate Appropriations Committee has voted to cut US aid to Pakistan by a symbolic $33 million — $1 million for each year of jail time given to Shakil Afridi, the doctor.

The measure, an amendment to the $52 billion US foreign aid budget, passed in a 30-0 vote in a sign of growing frustration with Pakistan.