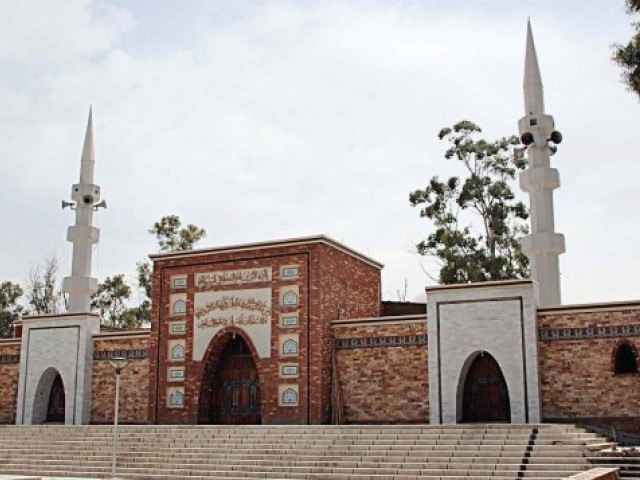 Justice Jawad S Khwaja says those killed were innocent as police had not produced any criminal records against them. PHOTO: FILE

ISLAMABAD: The Supreme Court of Pakistan on Friday directed the relevant authorities to pay compensation to the heirs of those killed during the Lal Masjid operation. The administration has so far only paid compensation for three people who were declared innocent.

A three-member bench of the apex court, headed by Chief Justice Iftikhar Muhammad Chaudhry, found that Islamabad Police had not initiated an inquiry to determine the status of those killed in the operation, as this was required for the compensation.

The chief justice asked Assistant Inspector General (AIG) Operations Tahir Alam about the categories of the deceased. Deputy Attorney General Babar Ali told the court that 11 were personnel of security forces, three were innocent passers-by and 89 people were militants who were in a “state of war with the armed forces.”

Chief Justice Chaudhry asked how they had been identified as militants or that they were in a state of war. “Have you recorded the statement of the legal heirs of the deceased?”

The police said that they had not, and were not able to produce an enrollment register as had been claimed by the administration in 2007.

Chief Justice Chaudhry remarked that this was a “fit case of contempt” as the police had been directed by the court to conduct this exercise so that compensation could be paid to those who were innocent.

The court also summoned the then acting inspector general of Islamabad Police, Shahid Nadeem Baloch, to appear and explain his position on how much commitment he had shown towards the task as per his undertaking before a sessions judge in Islamabad. Baloch is currently posted with the FIA.

“What do you mean, if today a mob come here and staged a protest while pressing their demands it would mean that they were waging war against state?” the chief justice remarked.

The court also asked Islamabad Police to register an FIR on the complaints of the parents who had said their son was missing and the police was not investigating the issue.

In its written order, the court asked the police to avoid scandalising institutions and register an FIR in accordance with the law.

The court also approved a deal between Lal Masjid chief cleric Maulana Abdul Aziz and the Islamabad administration over the allocation of 20 kanal land in Sector H-11/4 for the reconstruction of Jamia Hafsa.

The hearing was adjourned for a period of two weeks.