The decisi­on sparks a wave of unrest among Adezai aman lashke­r.
By Riaz Ahmad
Published: May 24, 2012
Tweet Email 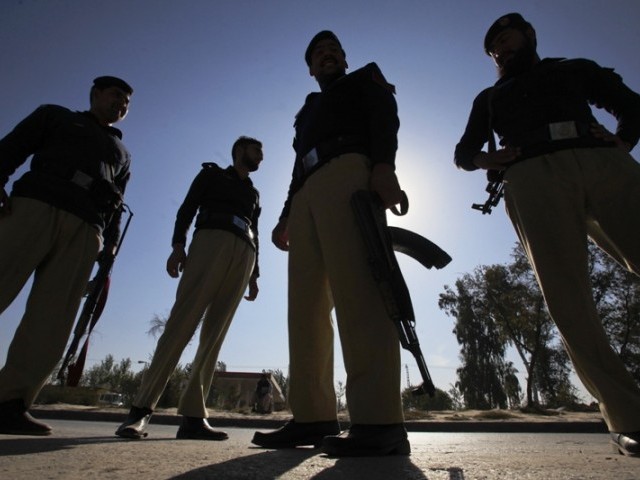 “Their role against militancy is not visible. We have not recruited these villagers to provide personal guards to a few leaders but to fight militancy instead,” a high ranking police official said. PHOTO: REUTERS/FILE

PESHAWAR: Police have asked all the leaders of aman lashkrs or peace militia in the district to return the policemen provided to them as guards within two weeks time. The move has sparked a wave of protests among the locals as Adezai aman lashker have already threatened to abandon its struggle against militancy and offer militants a truce.

He said that he had 13 policemen with him while 35 others were performing duty with Fazal Malik, Waqif Khan and other leaders, adding that these were not regular policemen but local villagers had been recruited as community police personnel on a two-year contract who were being paid a salary of Rs13,000 per month.

“Most of the people recruited under the umbrella of community police are our close relatives or neighbours as we cannot trust outsiders for the job,” he said, adding that sending their family members to police station would make them easy target, besides leaving the village vulnerable to militants attacks.

“Taking into account all these considerations, we have decided to give up our struggle against militancy altogether as militants have offered us an olive branch time and again,” he explained, adding that 105 people had been killed in militant attacks, suicide blasts and target killings so far.

“Do not compare our lashker with the rest of the district’s lashkers as we have given unprecedented sacrifices including our close relatives while other lashkers have been raised by individuals just to get arms and guards from police who think that it is some sort of fashion to move around with armed men”.

By the same token, a spokesman for Tapa Mohmand Aman Committee Mukaml Shah also criticised the move on the part of police, saying that he had eight guards while Fahimur Rehman had several police commandoes with him but police wanted them back.

“These people wear police uniform and when they move with us in our vehicles it makes sense but after their withdrawal we would recruit private guards whose movement in market places and inside city would only result in the shape of a fear.”

“If I keep private guards in civilian clothes there is no difference between them and Lashker-e-Islam activists who freely roam the suburban area these days and I think people would also mistake me for a militants commander which would result in panic,” he added.

When contacted, a high-ranking police official on the condition of anonymity told The Express Tribune that the decision had been taken after a role of these peace militias.

“Their role against militancy is not visible. We have not recruited these villagers to provide personal guards to a few leaders but to fight militancy instead,” he said, adding that these lashkrs were inactive for sometime.

In Kalam, a wildlife park and varsity campus on the cards