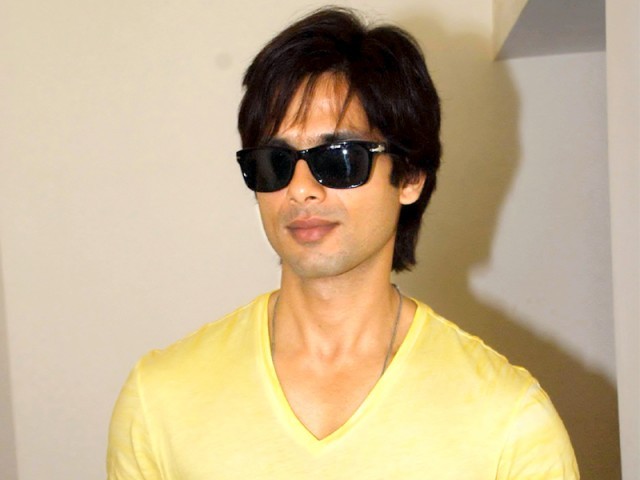 Bollywood actor will be seen once again with Priyanka Chopra in Kunal Kohli’s Teri Meri Kahaani which will release on June 22. PHOTO: FILE

In his almost decade-old Bollywood career, actor Shahid Kapoor has gone through a lot of personal and professional ups and downs. But despite as many as six back-to-back box office disappointments behind him, he is undeterred because he feels success can do more harm than failure.

“Success can be more dangerous than failure. When you are successful, you feel that you are doing everything right. So, failure can teach you a lot. I just believe in ‘going out and doing your best’,” Kapoor told IANS.

After Bollywood director Vishal Bharadwaj’s hit film Kaminey in which Kapoor featured in a double role opposite Priyanka Chopra, he was seen in Dil Bole Hadippa!, Chance Pe Dance, Paathshaala, Badmaash Company, Milenge Milenge and Mausam. Alas, none of them generated good business.

Now he will once again be seen with Priyanka Chopra, his rumoured former girlfriend, in Kunal Kohli’s Teri Meri Kahaani which will release June 22. He is hoping that their chemistry will work for the film, which he says is diametrically different from Kaminey.

“I think the audience really liked Priyanka and I in Kaminey. It’s always fun working with her. This film is very much different from Kaminey and nothing will look similar,” he said.

During the film’s shooting, reports indicated that Kapoor and Chopra shared a cold war on the sets. But Shahid says he remains unaffected with such speculations. “I don’t deal with these situations. I just let them go. Just ignore this news and move on. These reports don’t bother me,” he said.

But when asked about his favourite female co-star from a bouquet as diverse as Kareena Kapoor, Sonam Kapoor, Anushka Sharma, Amrita Rao, Rani Mukerji and Vidya Balan, the actor responded with a smirk, “Do you think I will answer this question? Not for a million bucks!”

“My funda is to never choose between women,” Kapoor said while flashing his dimpled smile.

Kapoor has also been linked to the lead role in an upcoming Bollywood film about vampires. The actor is rumoured to be part of director Satish Kaushik’s adaptation of Shantanu Dhar’s novel The Company Red. Speaking about Kapoor’s attachment to the project, Kaushik said: “He has shown interest after reading the script. But nothing is finalised yet. Setting up this film is a lot of work. Studios have to be allocated; the budget has to be chalked out.”

(With additional information from Times of India)