'Hunger Games' village up for auction

'Hunger Games' village up for auction

The 72-acre land, which includ­es 22 buildi­ngs, woodla­nds, hills and a pond, is being sold by its curren­t owner.
By Reuters
Published: May 22, 2012
Tweet Email 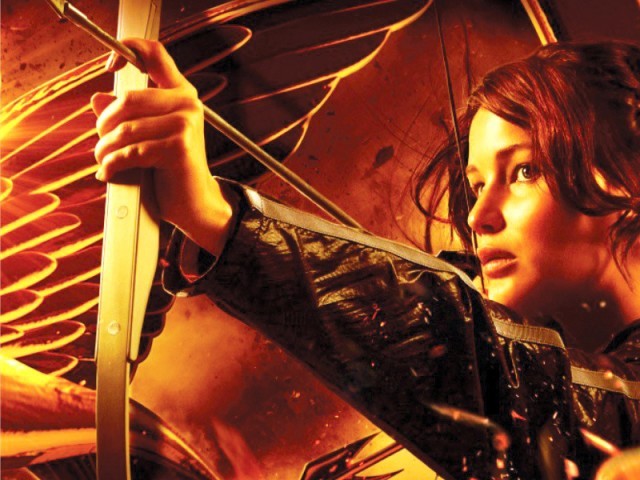 The 72-acre land, which includes 22 buildings, woodlands, hills and a pond, is being sold by its current owner. PHOTO: FILE

LOS ANGELES: Want to live like you were in The Hunger Games? Now may be your chance. The North Carolina town that became District 12 in the blockbuster film is up for auction in July for $1.2 million, the Profiles in Hollywood auction house said on Monday.

The 72-acre parcel of land, which includes 22 buildings, woodlands, hills and a pond, is being sold by its current owner, 83-year-old Wade Shepherd, who became overwhelmed when the property turned into a hot spot for devout Hunger Games fans coming to see the Everdeens’ shanty home and the Mellark family bakery.

Profiles in History, which specializes in auctioning Hollywood memorabilia, estimated the property at $1.2 million based purely on the land’s value, and didn’t include any markup based on the film ties.

“It’s a really unique opportunity to take people behind the scenes of the film and book. When Lionsgate came to film, they didn’t have to change a thing, the buildings are identical and it’s really eerie when you’re there, standing in Katniss’ house,” auctioneer Joe Maddalena told Reuters.

The uninhabited village is currently listed as a private property on the state’s official tourism site, VisitNC.com, which promotes a four-day Hunger Games tour that includes a visit to District 12. Visitors, however, are currently not allowed to explore the land on their own.

The Hunger Games, based on the first book of a best-selling science-fiction trilogy from author Suzanne Collins, sees 24 children sent to fight to the death in an annual televised event in the dictatorial nation of Panem, in which Katniss, the heroine, becomes a beacon of hope for the oppressed.

The film, starring Jennifer Lawrence, Josh Hutcherson and Liam Hemsworth, smashed box office records with its release in March and has became a pop culture hit.

District also 12 plays a key role in the second book of the trilogy, Catching Fire, and the auctioneer said future owners of the village may have the opportunity to work with Lionsgate for shooting the next film.

Interested buyers have until July 31 to place their bids on the property, and fans have a chance to see Maddalena and his team visit the village while filming for Syfy TV show Hollywood Treasures on June 5.