Stress may cause brain area to shrink: Study

Stress may cause brain area to shrink: Study 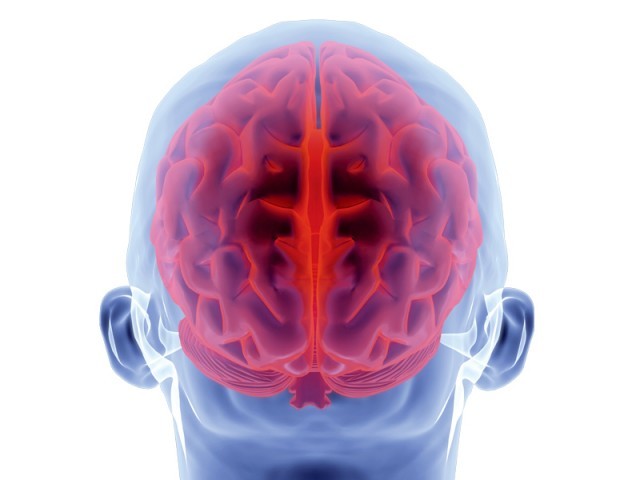 PARIS: Emotional stress caused by last year’s tsunami caused a part of some survivors’ brains to shrink, according to scientists in Japan who grasped a unique chance to study the neurological effects of trauma.

On a quest to better understand post-traumatic stress disorder (PTSD), the researchers compared brain scans they had taken of 42 healthy adolescents in other studies in the two years before the killer wave, with new images taken three to four months thereafter.

Among those with PTSD symptoms, they found a shrinking in the orbitofrontal cortex, a part of the brain involved in decision-making and the regulation of emotion, said a study published Tuesday in the Nature journal Molecular Psychiatry.

“The changed volumes in the orbitofrontal cortex are correlated to the severity of PTSD symptoms,” author Atsushi Sekiguchi told AFP.

Previous studies had already suggested that PTSD patients undergo changes to the brain, but this is the first to pinpoint which part of the organ is altered by trauma.

The full implications of these findings are so far unclear, but there could be an early benefit for doctors and patients. Telltale changes in brain volume may help easier diagnoses of PTSD and timely treatment with psychotherapy.

The researchers also found that people with a smaller anterior cingulate cortex before a traumatic event were more prone to develop PTSD thereafter.

This part of the brain is also believed to be involved in decision-making and emotion.

“We think these changes are not permanent, because many past studies showed that brain changes were recovered by some therapies or interventions,” said Sekiguchi.

“To confirm this, we have already started to follow up the subjects.”

None of the 42 had been diagnosed with full-blown PTSD, but displayed symptoms to various degrees of severity.

Symptoms of PTSD, a severe form of depression, include flashbacks, emotional numbness, sleepnessness and hypervigilance caused by the horrors a person had experienced.

Sekiguchi, from Tokohu University’s department of functional brain imaging, conceded the sample size was small, but insisted “there is some mathematical validity to generalise to a broad population from our data”.

The subjects all lived in an inland area of the quake-ravaged city of Sendai.

“Not only the earthquake itself, but also frequent after-quakes, radioactive materials leaked from nuclear plants, and many inconveniences after the quake, such as stopping utilities, caused stressful periods,” for the subjects, the scientist said.

Some 19,000 people died when a 9.0-magnitude earthquake off the northeastern coast of Japan on March 11, 2011 triggered a tsunami, followed by a meltdown at the Fukushima nuclear plant.

“This extremely miserable episode provided a rare opportunity for investigating brain structural changes associated with such a disaster,” the authors wrote.