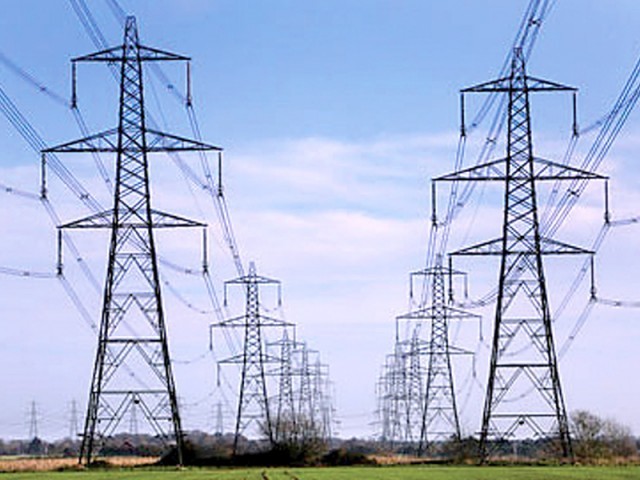 Power distribution companies were tasked with achieving a recovery target of Rs54 billion in May 2012 but only Rs15 billion has been recovered so far. PHOTO: FILE

Bad governance and massive loopholes still prevail in the power sector as power distribution companies have failed to disconnect supply to power defaulters despite not paying dues of Rs80 billion.

A senior government official said that Minister for Water and Power Syed Naveed Qamar blasted chief executive officers (CEOs) of power distribution companies (DISCOS) in a meeting held on Monday because of their failure to improve recovery of bills from consumers.

He said that the management is responsible for disconnecting supply if consumers fail to pay bills for two consecutive months.

Power distribution companies were tasked with achieving a recovery target of Rs54 billion in May 2012 but only Rs15 billion has been recovered so far. CEOs said that the remaining amount of Rs39 billion will be recovered from consumers by May 31. They were also told to improve efficiency levels and minimise line losses.

Official said that heads of power distribution companies informed the meeting that protests and outrage of people due to outages had resulted in resistance when it came to paying bills.

“Public departments, both federal and provincial level, are the biggest defaulters and owe us around Rs100 billion,” said an official in a power distribution company adding that provinces are paying bills but recovery rate is very low.

According to a statement, Qamar stressed the need for improvement in the recovery rate. He said that improvement in recovery will help to generate more power. The country direly needs to increase power generation levels in the coming months of summer.

Qamar also asked all companies to reduce their line losses and bring it to minimum level. He directed Discos to disconnect the supply of private and government consumers without any discrimination in case of non-payment of bills.

Earlier, top executives of the power distribution companies briefed the minister on their recovery position and their individual recovery targets. They assured that they will work hard to achieve the recovery target.