The book took six years of research and many chats with family. The launch of Bajia’s biography could not have been better suited to her personality. Just like Fatima Surayya Bajia, it was the perfect mix of austerity, generosity of person and the unabated love that she has showed every single person she has met in her long life.

Anwar Maqsood, Bajia’s younger brother and the host of the ceremony, kept the audience in stitches the whole time with his razor-sharp wit and family anecdotes. At the end of the event when the guests were presenting flowers to Bajia, he announced to the audience that a colonel from Islamabad had also sent her a bouquet. “Perhaps he doesn’t know how old Bajia is,” he quipped.

When calling actor Qazi Wajid to the stage, Maqsood joked that he was the only actor who has been doing theatre before Bajia began writing plays.

The biography has been written by Syeda Iffat Hasan Rizvi after six years of research. She stayed with Bajia and talked at length to her siblings. “At times I even asked extremely personal questions but Bajia never once raised an eyebrow,” she said.

A mischievous Maqsood requested the speakers to keep their speeches short, “just like Bajia.”

Maqsood admitted that the love shared by all of his 10 siblings, who include, eminent Urdu poet Zehra Nigah, Sughra Kazmi and Zubaida Tariq, is seldom seen anywhere. “That’s because our parents never left anything for us,” he immediately quipped. “All they left were around 10,000 books. Maybe if they had left some property then we wouldn’t love each other so much.”

Prof. Sehar Ansari, who was one of the speakers, also praised Bajia’s character and her work. Talking about her habit of calling everyone a beta (son), he said that Bajia even called an 80-year-old beta when she was herself only 40 years old.

Director Agha Nasir told the audience how Bajia first got involved with Pakistan Television. Her flight to Karachi had been delayed and she came to PTV Islamabad station for a visit. Nasir hired her and Bajia made her debut in 1966 by acting in one of his plays. She began writing afterwards. “During Ziaul Haq’s time when the ‘dupatta policy’ was implemented and women were forced to behave a certain way, Bajia wrote about characters from Baghdad and Granada,” he said. “This was brilliant because these places were supposedly Islamic societies and no one could say anything about them.”

Nasir said that when writing a play, Bajia would literally move with her belongings to the TV station and then become an authority by default. “Anyone who had a problem would go to Bajia, not to the chief of the organisation.”

Although Bajia has been presented with many awards, including the highest civil award of Japan and Pride of Performance by the Pakistani government, none of them did justice to her services. “There should be more. Something grander,” said Nasir as he finally finished his speech.

Replying to this, Maqsood said that Bajia was better off without these awards because they were given to the likes of Babar Awan, Rehman Malik and Salman Farooqi.

Correction: An earlier version of this story inadvertently mentioned that Bunto Kazmi was Fatima Suriya Bajia’s sibling. She is in fact her niece. Sughra Kazmi is her sibling. The error is regretted.

Tribute: Passion of a revolutionary poet

Aisam: Off the court 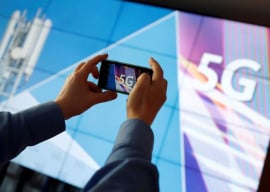 Verizon to launch 5G internet for businesses in 21 US cities 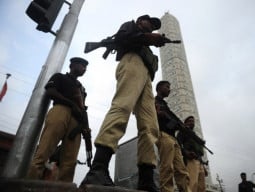 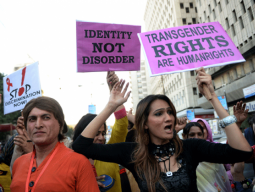 Left on the far fringes of inoculation

because these palaces were supposedly

I think you meant "places".

Great, looking forward to reading it. BUT, just to point it out, it's not really an "autobiography" if it has been written by Syeda Iffat Hasan Rizvi, and not by FSB herself. It's just a biography.

Bajiya and Anwer Maqsood are God's gift to the nation. THere aren't many people like that left in the world. We should be proud of them.

Fatma Suryya Bajjia is a legend and asset of Pakistan.She is a national treasure of Pakistan and we dont have personalities like her anymore.The autobiography of Bajjia has been written by Syeda Iffat Hasan Rizvi, a young writer and scholar. Congratulation to Iffat. I with my wife attended the ceremony, it was very nice occasion, Anwar Maqsood, Bajia’s younger brother and the host of the ceremony, kept the audience in stitches the whole time with his razor-sharp wit and family anecdotes. Alla Bajjia ko Salamat rakhee, Aamin

Thought-provoking article and No doubt Bajiya is a Legend !!

A very touching article, Bajia is a national treasure of Pakistan and we dont have personalities like her anymore.

How can we buy in Canada or I will have to come to Pakistan for this?