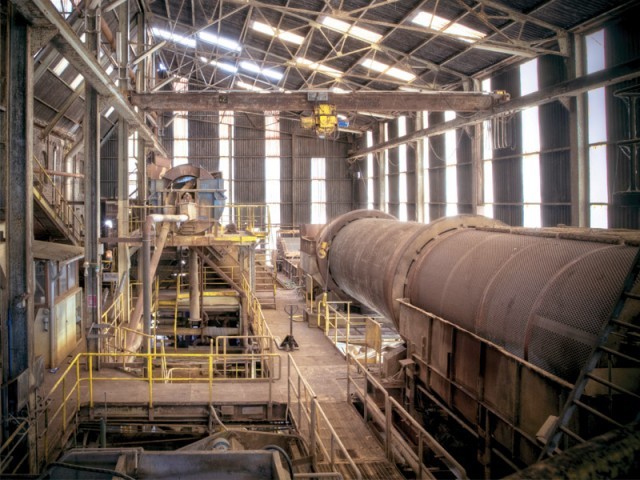 JDW claims to have a crushing efficiency of 72% in its largest unit, higher than any other mill in Pakistan. PHOTO: FILE

Despite operating in a highly protected market, JDW Sugar Mills Managing Director Jahangir Tareen seems remarkably obsessed with building a globally competitive business, even as he continues to advocate government protection for his industry.

“I came into this business with a vision to compete with the world, not just local firms,” said Tareen in an exclusive interview with The Express Tribune.

Tareen appears to back up his word with at least some actions. The company regularly sends its technical staff to Australia and South Africa to acquire training on how to better manage the business and run their mill more efficiently. “Compared to other sugar mills, my team is the most efficient,” said Tareen, a former federal industries minister.

And unlike many of its competitors, JDW (which stands for Jamal Din Wala) is actually interested in growing its business. The company acquired two units in 2007 to enhance its production capacity, a move that saw its revenues and profits more than double in the next fiscal year that ended September 30, 2008.

As of right now, however, JDW has no plans to grow by acquisition. “We are in no mood to acquire or invest in some other mills,” said Tareen. “We are working on making our own units more energy-efficient so as to enhance our own production capacity.”

That singular obsession with efficiency appears to be yielding results. JDW claims to have a crushing efficiency of 72% in its largest unit, higher than any other mill in Pakistan, which has helped the firm drive down its operating costs and boosting profits. In addition, the firm is looking to use more and more of the waste produced in the sugar manufacturing process to enhance its electricity generation.

While most sugar mills in Pakistan (and around the world) generate power this way, JDW’s ambitions seem a little higher. The company plans to enhance its power production capacity up to 150 megawatts. That would be far beyond its own needs, which would allow JDW to sell power to the grid.

JDW is also one of the very few firms in Pakistan that is actively pursuing a backward integration process: the group’s parent company has dramatically enhanced its production of sugarcane, which allows JDW to purchase up to 20% of the sugarcane it uses from its own farms, which it claims yield up to 44% more sugarcane than the national average.

This obsession with efficiency is perhaps explained by rising operating costs, which have been eating into the company’s profit margins. JDW’s operating margin dropped from a high of 18.3% in 2009 to 13.3% in 2011. Nonetheless, the company is by far the largest and most profitable sugar manufacturer in the country. In financial year 2011, its gross sales were Rs26.5 billion, earning the company a net profit of Rs1.3 billion.

Yet even as it tries to portray itself as an aspiring globally competitive business, JDW appears comfortable with its place within a government-protected industry, where provincial governments set prices for sugarcane and the government buys up much of the end product on generous terms. “The current pricing mechanism protects the grower,” said Tareen, a former federal cabinet member and currently slated as the economic policy guru for the Pakistan Tehreek-e-Insaaf.

As for the relations between JDW and the sugarcane growers in Ghotki and Rahimyar Khan from whom it buys 80% of its feedstock, the company claims to be better than its competitors when it comes to paying them on time. “We pay within seven to 15 days after the crushing season ends,” said Tareen.

Growers seem to agree. “Tareen is a good paymaster,” said Ghulam Mustafa Chaniho, a farmer based in Sindh. “Certainly much better than others who have not paid farmers in four to five years.”

The stock has recently been underperforming the broader market, up 17.5% since the beginning of the year compared to the KSE-100 index’s 22.1%. Over the long run, however, JDW has handily outperformed the broader market, earning investors an average of 45.3% per year for the last ten years, compared to the KSE-100 index’s 22.8%.

With additional reporting by Farooq Tirmizi in Karachi.

Image consultants: PR industry – the gatekeepers of the corporate world