The young Pakist­ani film-maker will be showin­g his thesis film 9:11 am at the Festiv­al de Cannes 2012 this year.
By Hani Taha
Published: May 20, 2012
Tweet Email 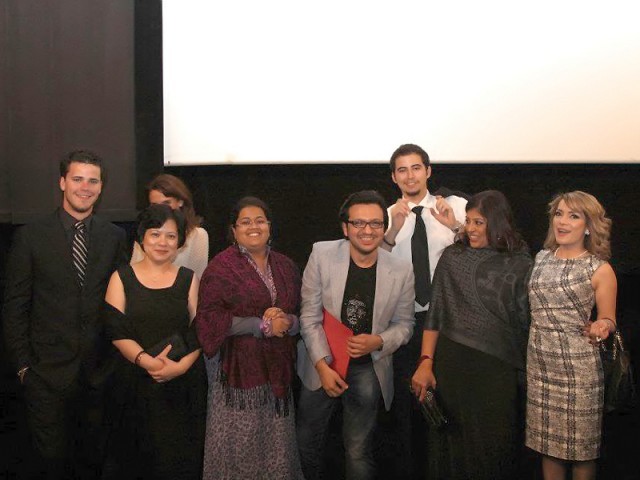 The young Pakistani film-maker will be showing his thesis film 9:11 am at the Festival de Cannes 2012 this year. PHOTO: PUBLICITY

From having no Pakistani films of international repute, we now have a number of releases that we want to own up to. From commercial and independent productions, Pakistani film-makers seem to be getting a new lease on life. And add to the list a new talent — Faraz Waqar — who’s on his way to the Cannes Film Festival, with his film 9:11am. The Express Tribune speaks to this fresh off the block film-maker as he sets his eyes towards the acclaimed French accolade.

You have said that your passion for film-making has come from the desire to rebuild Pakistan’s film industry. How do you think we can achieve that in a more tangible way?

Films like Bol and Khuda Ke Liye by Shoaib Mansoor and Ramchand Pakistani by Mehreen Jabbar are proof that Pakistan can produce some amazing films that can compare with the best cinema from around the world. Mansoor has already shown us the way and his work is an inspiration for me personally. When we speak of upcoming Pakistani films, we no longer get smirks from the local and international audience.

However, for tangible growth in the industry in Pakistan, we need big festivals, we need companies or arms of existing entertainment and news channels that are willing to take a risk on and invest in the work of new film-makers. We need private individuals and organisations to assist us.

How do you feel about the indie productions emerging from Pakistan?

Indie films are the future of Pakistani cinema. I have a lot of expectations from Waar. Even my friends in India have been waiting for that film for a while and have asked me a number of times about the expected release date. From the trailer, it looks like a fantastic production. My personal preference, however, is for films that address political and social issues in a bold way.

What subjects interest you and why?

My main attempt is always to wrap an important religious, social or political message in a real story while also entertaining the audience. I admire films from not just Shoaib Mansoor but also Rajkumar Hirani, Ashutosh Gowariker and Aamir Khan. However, I also enjoy romantic comedy as a genre and made one short film inspired by the work of Karan Johar which was widely appreciated by my colleagues and the audience.

What subjects, in your opinion, need to be highlighted from Pakistan?

There is a diverse range of topics — there is no end to our stories. I have one feature length script that is almost complete, which finishing that is built around the media explosion in Pakistan and how it has impacted society. It is a sort of a dark comedic drama. Playing on stereotypes is another interesting subject. Imagine a comedy involving foreigners who land in Pakistan fearing for their lives because of the image painted of the country in the news media and what a different reality they find on-ground. I would also love to make a historical epic like Troy on Mohenjodaro and its mysterious civilisation. This could help promote our country’s image even as a tourist destination worldwide.

How was your experience of New York Film Academy (NYFA) Abu Dhabi? What are its strengths and weaknesses which arise from being based in Abu Dhabi instead of its birthplace in New York?

NYFA in Abu Dhabi was the ideal choice as it was in the Middle East, which has a culture and is in a region that I was familiar with and where I had worked and lived for such a long period of time. The best part, however, was learning from and working with professors who were highly inspiring in terms of the rich experience they had working as directors and cinematographers on world-renowned film projects, both in Hollywood and in the Middle East.

The student body at NYFA Abu Dhabi was extremely diverse. We had classmates from Australia, India, Africa, Iran, Saudi Arabia, South Africa, Eastern Europe, Pakistan, Lebanon, Switzerland, Iraq, UAE, Nigeria and Denmark. It was superb as I was able to make some wonderful friends with people from all these different countries and cultures and benefit from their vastly different ideas.

NYFA’s programme is intensive and comprehensive, so you work on all your film projects from ‘idea conception’ stage to script finalisation, casting, pre-production, shooting, post-production and editing. I wrote, directed and edited eight complete films during this one-year at NYFA. I was also involved in the production of 39 films in various capacities as part of the crew (short films, documentaries and music videos) for other directors in association with the New York Film Academy, Abu Dhabi. Since we had access as NYFA students to some of the best film cameras in the world, we all availed the opportunity to shoot our different projects on various cameras ranging from digital to 16mm, 35mm and even on the Red Epic.

Ghalib is my favourite poet: Bohemia