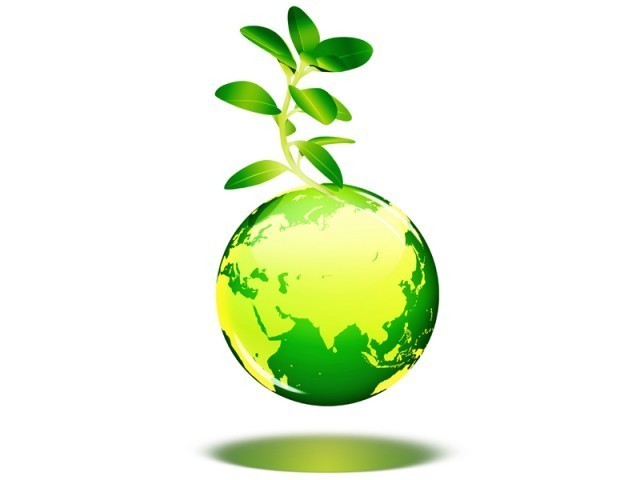 After having provided recommendations to the government for formulating a national strategy on enviroment, the second day of the two-day conference on green economy concluded on Saturday.

Industrialists and experts discussed challenges and possible solutions for enviromental issues facing the country at the conference titiled “National Consultation on Green Economy”. The subjects covered included investing in renewable energy, as well as, food and energy scarcity in Pakistan.

The recommendations, which may find their way into the policy being formulated by the government for the UN Conference on Sustainable Development, to be hosted by Brazil in Rio this June, were distributed among the participants for feedback.

Among other things highlighted at the event, the participants recommended a gender perspective and a concrete institutional framework to be included in the document. It was  suggested that a clause on researching monsoons in Pakistan also be inserted.

Highlights from the second day

Earlier in the day, urban development, hurdles confronted by industrialists in adopting alternative energy resources and institutional framework needed for a functional green economy were discussed.

Faryal Gauhar, a member of the board of governors of Sustainable Development Policy Institute (SDPI), gave a speech on equal opportunities and ownership rights for women of developing countries. We need to undo a lot of structural formulation, which prevents women’s participation and raise political consciousness, she said. “We need to adopt the principle of just distribution and enable women farmers equal access to the market. Only five per cent land is owned by women in developing countries whereas they make up 60 per cent of labour,” she added.

LUMS Vice Chancellor Adil Najam spoke about the need for an institutional framework for green economy. There are two debates of green economy- one focuses on technology and the other on livelihood, he said. “We learned ownership matters, the institutional design matters and incentives matter. One has to think of the players and what are their pay offs,” he added.

In the session on “Green economy: Interactive dialogue among private sector representatives”, industrialists and developers talked about how government policy discourages the use of renewable energy.

Awais Qureshi of Shakarganj, whose company generates biogas using filter cake and compost, a sugarcane byproduct, said only two out of 85 sugar mills are recycling filter cake. The rest are selling it to brick kiln factories as fuel. Compost increases wheat productivity, decreases nitrogen in the soil by half and produces 82 mounds per acre compared to 30 mounds.

“We had to give up producing electricity as Wapda would not provide feeders for its supply,” said Qureshi. He added 137 million megawatts can be produced if all distilleries across Pakistan use by-products.

Chief Executive Officer Dawood Lawrencepur Inamur Rahman said they decided to shift to green technology using the resources they had.

On the first day of the conference, Sheng Fulai, chief of research and partnership unit of the economic and trade branch of the United Nations Environment Program (UNEP), had said, “Green economy has four components, green technology, natural resources and ecosystems, educated people and social institutions. For the third world, it is important for eradicating poverty to move in this direction.”

Co-Chair One UN Environment and Country Director of UNDP Toshihiro Tanaka said Pakistan was contributing to the global development process and it would continue to do so in future. “The impact of climate change and the risk of disasters associated with climate change are rising.”

He said the UN has been supporting Pakistan’s progress in formulating National Sustainable Development Strategy which has now been adopted by the cabinet.

While chairing the concluding session, former finance minister Sartaj Aziz said Pakistan should have a comprehensive National Sustainable Development and Poverty Reduction Strategy and enhance the provinces’ capacity in addition to strengthening the policy implementation at the district level.