I was joking about entering politics: Dr AQ Khan

I was joking about entering politics: Dr AQ Khan 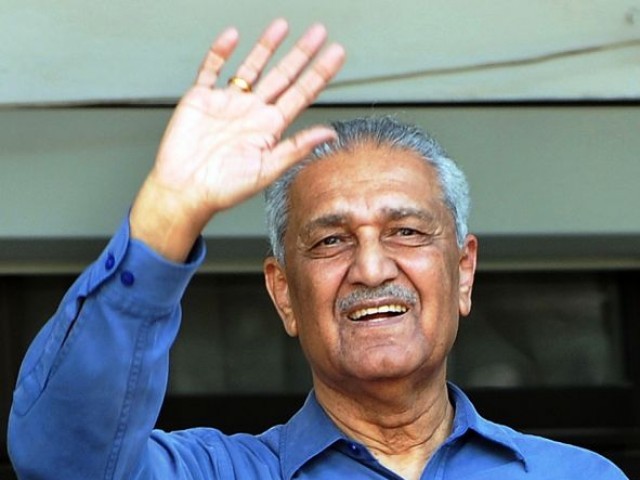 KARACHI: While addressing the media on a visit to Nazir Hussain University, Dr Abdul Qadeer Khan said that earlier, he had been joking about contesting in the next elections, Express News reported on Saturday.

Addressing questions on solutions for Pakistan’s deteriorating state, Dr AQ Khan said that national interest should be given precedence in the Thar coal and Reko Diq projects.

Shedding light on other concerns and queries,  he told the media that atomic assets of the country were in safe hands.

During the address, Dr Khan said that the law and order situation of the country was awful even in 1971, therefore, he said, the nation should not lose hope.

Accompanying him was Minister for Trade and Industry Rauf Siddiqui, for whom Dr AQ Khan said that the law and order situation of the city would become stable if he (Rauf Siddiqui) was appointed Interior Minister Sindh.

Earlier, while addressing a gathering at the Punjab University (PU) in Lahore, Dr AQ Khan had said that he may consider contesting next elections from the city.

We will stay in power till the nation supports us: Gilani