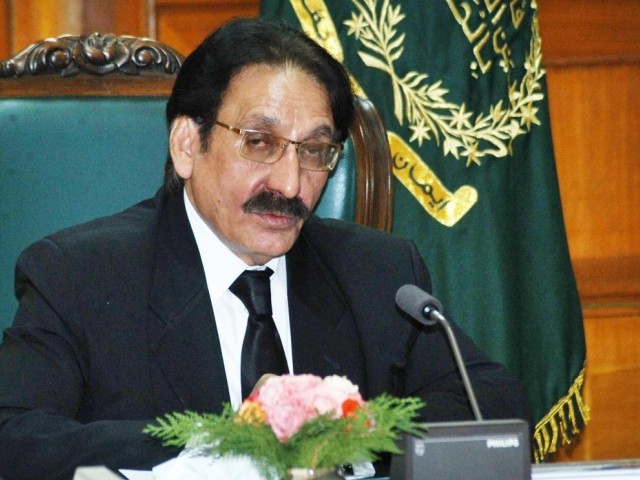 ISLAMABAD: During the hearing of Balochistan security case in the Supreme Court, Chief Justice Iftikhar Muhammad Caudhry said that if Inspector General Frontier Corps (IG FC) Balochistan  Obaidullah Khattak did not show up before the court, strict action would be taken against him, Express News reported on Friday.

Expressing discontent, the chief justice said, “The IG FC will have to come.”

He also added that during the last hearing, the IG had been ordered to present missing persons.

“Why haven’t they been brought before the court?” said the chief justice.

“Ask the IG at what time he will be able to come today.”

The chief justice said that the federal government was not taking any interest in the affairs of Balochistan.

The court, taking a strong stance, ordered CCTV footage from a camera outside a private hotel, adding that if the footage was not presented, the corps commander would be summoned with the footage.

Flashback May 11: Rogue ISI and the real Zaid Hamid