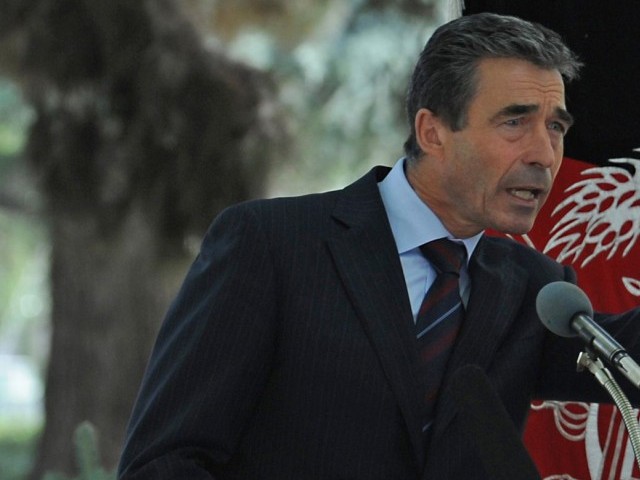 WASHINGTON: Responding to a query regarding Pakistan’s attendance at the Nato Chicago Summit 2012, Nato Secretary-General Anders Fogh Rasmussen said that the closure of the supply routes to Afghanistan via Pakistan is a matter of great concern however he did not clearly mention if Pakistan was invited to the event or not.

Speaking at a press conference in Brussels, Rasmussen said that “if we are to ensure long-term peace and stability in Afghanistan, then we need positive engagement with Pakistan. Actually, we have done a lot to develop a strong relationship, a strong partnership and strong co-operation with Pakistan.”

He further added that “we have invited a number of countries from the region – neighbours of Afghanistan – Central Asian countries, Russia, because they provide an important transit arrangement to the benefit of our operation. But as you also know, our transit routes through Pakistan are currently blocked. So we have to continue our dialogue with Pakistan, with a view to finding a solution to that because that’s really a matter of concern.”

Rasmussen also said that India and China will not be attending the summit.

Meanwhile, top military commanders from Pakistan, Afghanistan and the US are set to meet this week. The meeting for the tripartite commission will be the first since Nato airstrikes on a Pakistani security forces check post near the Afghan border.

Talks will focus on enhancing the efficiency of border coordination measures along the Pak-Afghan border and multilateral mechanisms at operational and tactical levels.