Manto: How relevant is the writer today?

Manto: How relevant is the writer today? 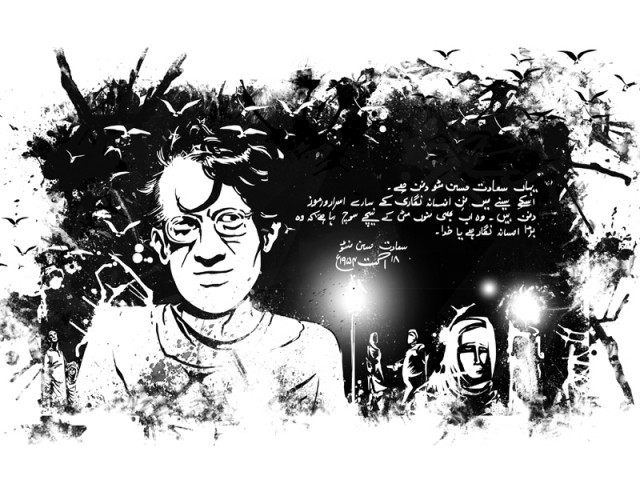 57 years after his death, Manto remains one of the most relevant sub-continental writers in present times. The Express Tribune spoke to current writers regarding the writer’s influence.

Asked why Manto remains relevant today, writer Asghar Nadeem Syed said, “He isn’t just relevant today, he has always been relevant. In almost every era, new interpretations of Manto’s work have emerged. Also, he wrote during difficult times when people were suffering tremendously.

“Since the situation is rather similar right now, he is still widely read by almost every generation and under every governmental regime.”

Writer Kishwar Naheed, on the other hand, has this to say about the legendary writer: “From honour killings to women’s issues, Manto discussed every topic in depth in his work. At the time, prostitutes, pimps and rape were considered taboo topics, but Manto was not afraid to write about them which is why I think he was more of a feminist writer.”

Regarding Manto’s prose style, Naheed said, “No writing style can ever compare to that of Manto’s. Today, the blood of new writers has turned black. But Manto’s blood is ever red and his writings will forever be treasured and mystifying for all.”

Hidayat Sayer, who made a docudrama about Manto last year said, “Manto is the last great writer of short stories, we won’t find anyone like him in this century or the next.”

On what makes Manto special, he said, “Even when there were so many court proceedings against him, he chose to live in Pakistan. He never lost the will to write the truth. Manto highlighted important societal issues but his work was often discarded and rejected 50 years ago. However, today, he is largely accepted in civil society for bringing such subjects to the fore.”