Fashion through the ages

Fashion through the ages

Take a journe­y down memory lane and see how the multib­illion dollar fashio­n indust­ry got to where it is today.
By Momina Sibtain
Published: May 6, 2012
Tweet Email 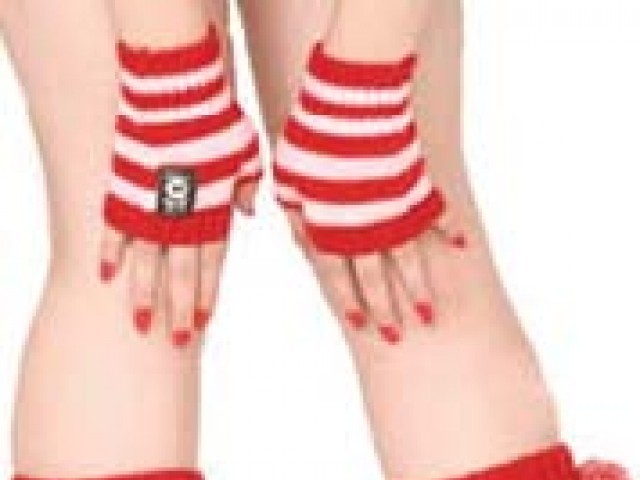 Take a journey down memory lane and see how the multibillion dollar fashion industry got to where it is today. PHOTOS: FILE

Fashion trends have morphed through the ages from patent leather in the 50s to the Uggs revolution at the turn of the millennium. Some have become recurring trends, some have been discontinued but all have contributed to fashion today.

Sleeveless dresses were a real item piece during the 50s; women wore them during all four seasons and this classic dress is fashionable even today. From the chemise to the poodle skirts, we were acquainted with a sleek elegant look for both men and women. Certain trends that have carried through the ages and have hit the market again are form-fitting pants, patent leather and, how can we forget, the love for pashmina stoles.

Fashion in the 60s made some rapid development. The industry was going through a revolutionary stage and changes were seen in society, politics and culture. From above-the-knee skirts to knee-high boots, the 60s saw a major change in the way people expressed their fashion sensibility. Printed leggings, leopard prints, cinched waist to shift dresses, the 60s was the decade of fashion experimentation. For the first time, fashion was heavily influenced by London’s mod culture as well the hippie culture in America. “There is something very feminine about the 60s, and a mix of the 60s and the 90s would be the perfect blend,” says HSY. “The revival of the little black dress (LBD) was the most important aspect of this decade.” What is interesting to note is that the trends and cuts discovered in the 60s paved their way for the current fashion trends; bell-bottoms, miniskirts and the classic pantsuit are all inventions of the 60s.

The turn of the millennium was as complex for the fashion industry as the Y2K virus was. In order to see the trends of the first decade of this millennium it is important to dissect the time and microscopically view the trends. Now this decade on its own requires a lot of attention as it precedes our trends today. The early 2000s saw the heavy metal fashion, trucker hats, aviator sunglasses, hoodies, sweatpants and the pop punk culture. Moving on, the mid 2000s saw the emergence of the smart-casual look. These next couple of years saw a decline in the saggy jeans trend as close and form fitted designer jeans such as True Religion, 7 For All Mankind and Rock & Republic became fashionable. Jeggings, crocs, converse, kimonos and the gangsta culture all hit the market and made a significant impact on our culture today.

After leaving the hippie and mod culture behind in the 60s, this decade got its groove on. While bell-bottoms carried on through into the 70s, women started adding hip huggers to their wardrobe, which were generally several inches below the normal waistline. While the previous saw solid colours, the 70s were the decade to wear wild prints and mix up bright colours and even the conservative men’s fashion took a turn towards the wild side. Shoes that added up to five inches to your height to skirts available in all lengths; the 70s had it all.

Where do we begin when it comes to the 80s? There is no other decade where you could pull off parachute pants one day and the next day pair neon leggings with a denim miniskirt and fingerless gloves all in the same outfit. The groove of the 70s met the punk rock nature of the 80s social culture. While most people associate neon colours and stirrup pants with the 80s, it is important to remember that chunky earrings, leg warmers, shoulder pads, oversized tops and, not to forget, the incredibly popular hot pants are all fads of the 80s. “The 80s were a blessing for the fashion world,” says designer Ali Xeeshan. “The loud and proud style elements made the 80s stand out more than any other decade.  My favourite fad is shoulder pads, there is nothing like a bold woman with structured shoulders.”

The 90s saw a real milkshake of trends throughout the decade. From some inspirational themes that took everyone by surprise, the fashion industry took multiple old trends and mixed them up in a blender to create looks that had everything. The grunge look made it big during this particular decade as fan following of grunge music bands increased. Cargo pants were sported by both men and women and hip-hugging denims became a style statement. Along with the grunge look, the gothic culture also reached its culmination in the 90s. Even though this culture raised many eyebrows, the primary prerequisite for being a Goth groupie was black clothing and knee-high black boots. Strapped tops, leather jackets, capri pants were all trendy and added some diversity to the grunge and Goth culture. “The 90s are back; many of our trends today are taken from that decade,” says designer Feeha Jamshed. “Colour-blocking actually started in the 90s, the knotted shirt is in again and overall a very sophisticated grunge look is working.”

Hoping to get my taste buds kicking: Fatboy Slim