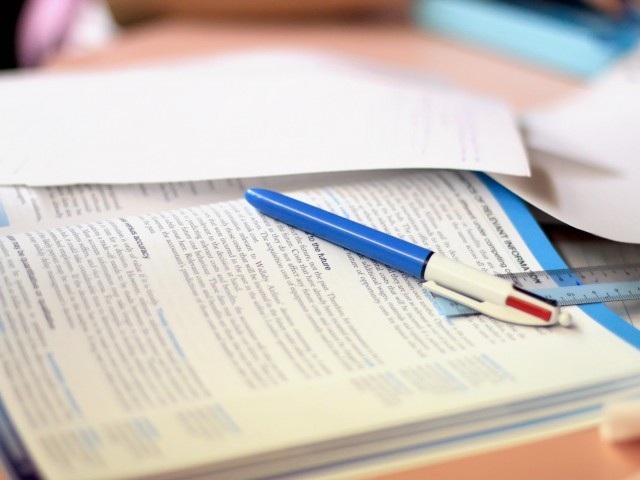 A former lawmaker and cleric from Kohistan district, Maulana Abdul Haleem, termed formal education for women un-Islamic and asked parents to pluck their daughters from school, or else they would be ‘doomed’.

The nonagenarian, who was elected to the National Assembly from Kohistan on the now-defunct Muttahida Majlis-e-Amal’s ticket in 2002, also railed against non-governmental organisations (NGOs) working in the region in his Friday sermon, calling them ‘hubs of immodesty’.

Nestled in the Himalayas, the Kohistan district is picturesque, but also one of the least-literate and least developed in the country.

Maulana Haleem, who was an office-bearer of the Jamiat Ulema-e-Islam-Fazl until recently, was delivering a Friday sermon, at Jamia Masjid Komila, on who is dayoos, or those liable to be condemned to hell.

“It’s beghairti (immodesty) to equip girls with secular education,” the cleric said, adding that those Kohistani parents who were sending their girls to schools were acting against ‘Islamic shariah’ and the local customs.

“The Kohistani culture does not allow parents to send their pardadar (modest) girls to schools,” the former lawmaker said.

He did not spare female NGO workers either.

“Some women from these NGOs visit our houses frequently, mobilising naïve Kohistani women to follow their agenda in the name of health and hygiene education,” he said, adding that this was ‘unacceptable to Kohistani culture’. He threatened them with ‘dire consequences’, saying that married female NGO workers will be sent back to their husbands, and the unmarried ones will be wedded to Kohistani men.

During his stint as a parliamentarian, Maulana Haleem had also declared poppy cultivation in Kohistan ‘in accordance with Islam’.

When approached for comments, the cleric stood by the contents of his sermon, and insisted that several Hadith books prohibit girls from receiving degrees and certificates in ‘secular education’.

He did not actually quote any reference though. Asked to explain how parents would be doomed for their daughters’ education, the cleric said that formal education paves the way for girls to enter the job market. “When they permit their women to work, they give them a free hand to mix with na-mehrum (men they are not related to by blood) – by doing so, the girl’s father, brother or husband become dayoos in the eye of the shariah,” he said.

Such people will never enter Paradise, he added.

The only responsibility men owe to women is their sustenance, and not education, he said. In return, the women should stay at home and look after their children and family members, he added.

If the government is serious about bringing development to Kohistan, it should utilise NGOs’ funding itself with the help of local men.

Men working for these NGOs can continue their work though, he said, saying that is not against the shariah and local culture.

He claimed that 97% of girls schools in Kohistan were closed and the few girls that were enrolled, only visited their schools to collect cooking oil which the education department was distributing with the support of foreign donors.

Standing up for women

While the number is not large, over 12,000 girls are enrolled in primary schools and are regularly attending their classes, he said.

Several girls from Maulana Haleem’s hometown are attending school while some women from the Maulana’s family are also working as teachers in the district, he added. The area’s current elected representative, Pakistan Muslim League-Nawaz’s Abdul Sattar Khan assured full support to female students and teachers in Kohistan.

If the region is to progress, Kohistani girls should study at least up to the matric level, he said. Omar Hayat, a social activist in Hazara, also condemned Maulana Haleem’s statement barring female NGO workers from working.