Clearing the surplus: Millers to export 200,000 tons of sugar

Clearing the surplus: Millers to export 200,000 tons of sugar 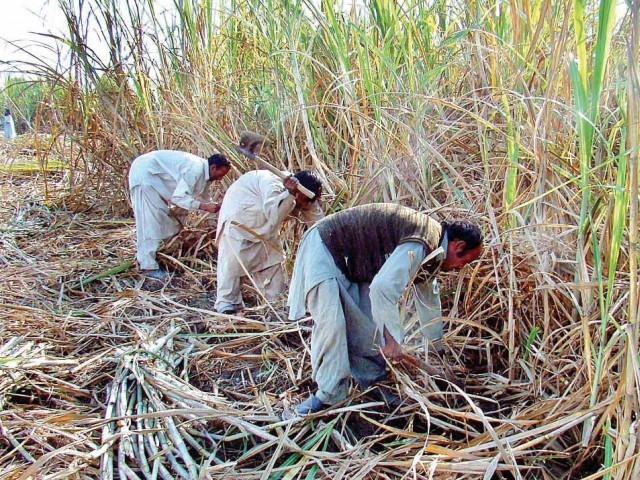 The government has eased a ban on sugar export, for the second time in three months, and allowed millers to export 200,000 tons while also deciding to procure a same quantity for maintaining buffer stocks for domestic consumption.

The move is aimed at stabilising prices in the local market and resolving cash flow problems of the millers.

“Sugar mills can immediately export an additional 200,000 tons,” said Iskander Khan, former PSMA chairman, who also attended Thursday’s meeting. The decision came in the wake of a summary sent to the Economic Coordination Committee (ECC) of the cabinet by the Ministry of Industries a few months ago.

However, there is a strong likelihood that a fresh summary may be sent to the ECC, the highest economic decision-making body, to meet procedural formalities since there is no possibility of rejecting the summary because of intervention of President Zardari.

Khan said the government will also purchase 200,000 tons of sugar from the mills that have a surplus stock of 500,000 to 600,000 tons. A quantity of 478,000 tons has already been procured to arrest the price fall following complaints from the millers that they were suffering heavy losses.

The sugar industry is one of the privileged industries where taxpayer money is used to protect the billionaires.

The Trading Corporation of Pakistan (TCP) will issue tenders soon for sugar purchase.

The government banned sugar export in 2009. In February this year, it allowed export of 100,000 tons. At that time, the millers exported the commodity at $660 per ton. On Thursday, sugar contracts settled at $560 per ton in the London Futures Exchange and prices were falling.

According to an official handout, PSMA Chairman Javed Kayani, while briefing the president, said sugar production was around 4.7 million tons and after meeting domestic consumption of 4.2 million tons, around 400,000 tons would be left for export.

The president, while advising the government to hold a meeting with PSMA, said the proposal of exporting sugar should be sent to the ECC for consideration.