Dr Fehmid­a Mirza says she needs to consul­t and discus­s the matter before making any decisi­on.
By Web Desk
Published: May 3, 2012
Tweet Email 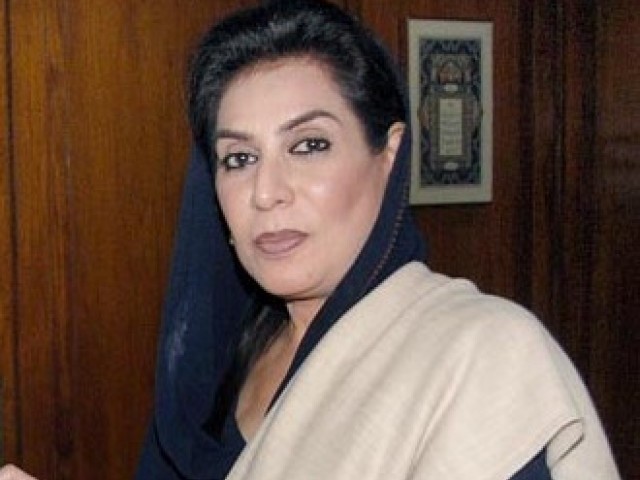 Dr Fehmida Mirza says she needs to consult and discuss the matter before making any decision. PHOTO: PID/ FILE

ISLAMABAD: Speaker of the National Assembly Dr Fehmida Mirza said on Thursday that she has not taken any final decision regarding the disqualification of Prime Minister Yousaf Raza Gilani. The speaker was speaking to the media in Islamabad.

“I have to consult and discuss the matter. The detailed order [of the Supreme Court] is also expected – which is the main thing. I have to read the letter properly and see the legalities… Everything will be done legally and according to the rules,” she said.

The speaker added that everyone was in a hurry and expected her to pass a decision immediately which is not possible. “The letter came to my secretariat… It goes through a procedure before it arrives at my desk.”

Regarding the opposition’s protest against Gilani forcing him to step down from power, Mirza said that the opposition has not contacted her in this regard. “Even in the Business Advisory meeting, no such thing was discussed… But I am ready to listen to them. I’m hoping they will come and talk to me about their issues.”

The Supreme Court of Pakistan, holding Gilani in contempt of court, passed a short order earlier this month and transferred the authority to Speaker of National Assembly regarding his disqualification.

Following the order, several political parties of the country held protests and demanded Gilani to step down from power calling him ineligible for his post. Pakistan Muslim League – Nawaz has regularly been creating a ruckus inside the National Assembly.