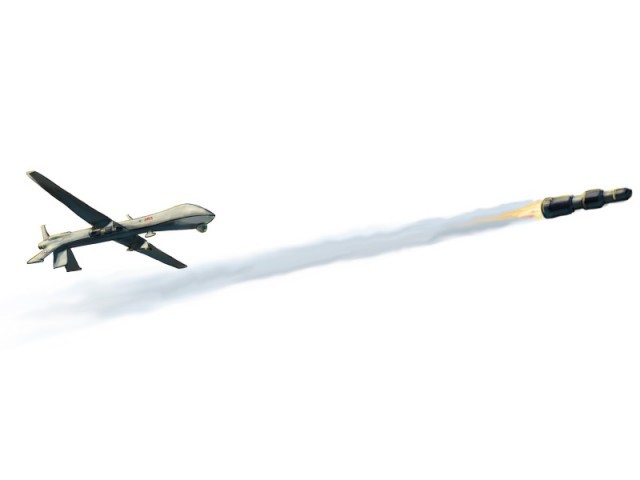 A US drone had fired rockets targeting a school in N Waziristan on Sunday.

ISLAMABAD: Pakistan on Monday summoned a senior US diplomat to lodge a formal protest over Sunday’s drone attack inside the tribal belt, igniting fresh tensions between the two countries.

“US Political Councilor, Jonathan Pratt was summoned at the Foreign office by Director General America over yesterday’s drone attack,” according to an official statement issued here.

A similar protest was also lodged in Washington to convey Islamabad’s displeasure over the unilateral strikes.

The Predator attack was the first since the Parliament approved new terms of engagements that seek an immediate halt in the CIA-piloted campaign.

During recent high-level talks, Pakistan had categorically told the US that drones are totally unacceptable.

“We consider drones as illegal, non-productive and accordingly unacceptable,” he emphasised.

Separately, President Asif Zardari told the visiting top American diplomat that the two sides should consider setting up a framework of mechanism to find mutually acceptable alternatives to drone strikes in Pakistan.

The Obama administration considers drone campaign crucial to eliminate ‘high value’ targets associated with al-Qaeda and the Taliban from the tribal areas.

But the US policy has now turned out to be one of the major sticking point hindering cooperation between the two countries.

Recently, Foreign Minister Hina Rabbani Khar acknowledged that despite Pakistan’s repeated demands, the US was not listening to Pakistan’s demands to stop the drone attacks.

Day 24: More engineering equipment to be dispatched to Siachen