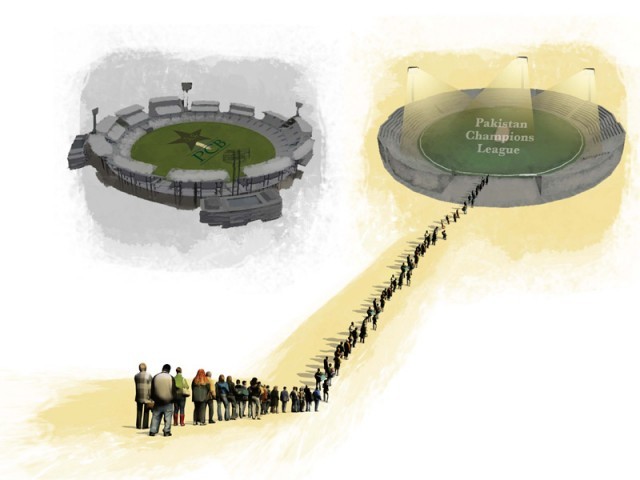 Just a day after Bangladesh’s postponement of their scheduled tour left many fans disappointed, there was respite, albeit on a much lower level, when the second edition of the Pakistan Champions League was launched in Karachi.

The runners-up will pocket $10,000 while the losing semi-finalists will receive $2,000 each. All matches will be played at the Rashid Latif Cricket Academy (RLCA) grounds in Korangi and Gulberg with matches on the former being shown on TV as well.

Latif hopes PCL proves to be a succes

The brains behind the event, former captain Rashid Latif, rued the late development on the Bangladesh tour but hoped that the PCL will prove to be a success story.

“The idea behind this tournament is to play a little part in helping Pakistan cricket and that’s why international clubs have been invited,” said Latif.

“I’m sure this event will leave a huge impact and all those people who think Pakistan cannot host international matches safely, will have to think again.”

He added that if he can get financial backing on a bigger level, teams containing some international stars can be called to take part in this event as well.

Meanwhile, Latif, following the disappointment on the Bangladesh front, urged the Pakistan Cricket Board (PCB) to turn their focus to the Pakistan Premier League (PPL) instead of running after international teams to tour.

“The PCB should splash out a handsome amount of money. That way, the foreign players won’t be able to turn down PPL,” added the former captain before saying that the board needs to make that Twenty20 event its top priority.

According to him, the participation of players who are approaching the end of their careers will send out positive vibes.

“By successful hosting the PPL, the PCB will give nations the biggest proof that Pakistan is ready to host international events.”

Meanwhile, MQM’s minister for youth affairs Faisal Sabzwari, while addressing a press conference at the launch of the event, said that PCL will pave the way for return of international cricket to Pakistan.

“Through this event, we want to send a message to the world that we are a peace-loving country,” he said.

“This will not only help the return of international cricket to Pakistan but will also promote cricket.”

He also revealed that the organisers were in talks with clubs from Bangladesh and Sri Lanka in order to include them before the event begins.

“For the first time in our history, international clubs will be part of a local event and that will certainly send a positive signal across the world.”