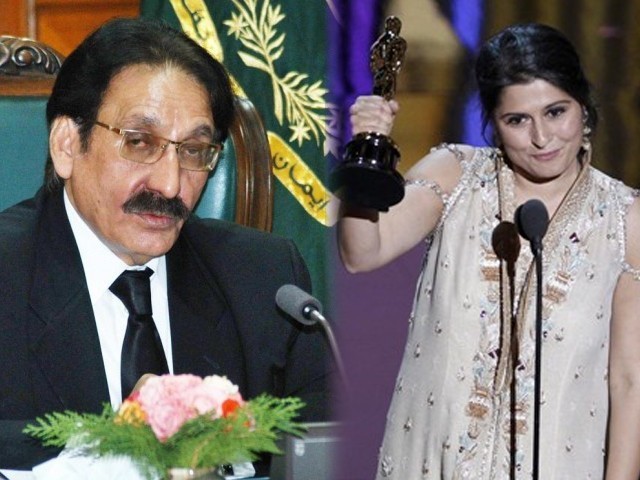 The prestigious Time magazine describes them as people who inspire us, entertain us, challenge us and change our world. They are the breakouts, pioneers, moguls, leaders and icons that have had a categorical influence in the world.

Last year it was the Pakistani spymaster, Lt Gen Ahmed Shuja Pasha, who figured on the list of the world’s 100 most influential people. This year, Pakistan’s Supreme Court Chief Justice Iftikhar Mohammad Chaudhry and Oscar-winning filmmaker Sharmeen Obaid-Chinoy replaced him.

Time published its annual list on Wednesday, showcasing a typically eclectic mix of personalities, ranging from the rich and powerful to popular entertainers and artists — compiled after an online poll of readers.

In Time’s write-up marking Justice Chaudhry’s entry in the coveted list, Imran Khan writes: “Iftikhar Chaudhry has become the first head of Pakistan’s Supreme Court to attempt to bring the powerful to justice. He has taken on the prime minister and the president in an effort to hold them to account. It’s not just politicians either. Chaudhry, 63, is also seeking to take Pakistan’s intelligence agencies to task for their human rights abuses.”

Placing the onus of justice on the head of the judiciary, Khan concluded: “Will (Justice) Chaudhry hold firm and find the prime minister guilty of contempt? A nation long deprived of justice now anxiously awaits it.”

This year Time chose 38 women for the top 100, one of which is a Pakistani — Sharmeen Obaid-Chinoy whose documentary won the Academy Award.

To pay tribute to the filmmaker and women rights crusader, Hollywood actor and director Angelina Jolie marks her entrance in the world’s most influential peoples’ list by saying:

Talking about her documentary which focuses on the plight of acid attack victims, Jolie writes: “The ‘victims’ in Saving Face are some of the strongest, most impressive women you will ever come across. She [Obaid-Chinoy] showed us their scars, and we saw their true beauty.

“I dare anyone to watch this film and not be moved to tears and inspired into action.”