Farhan Saeed: Back with a bang

Farhan Saeed: Back with a bang 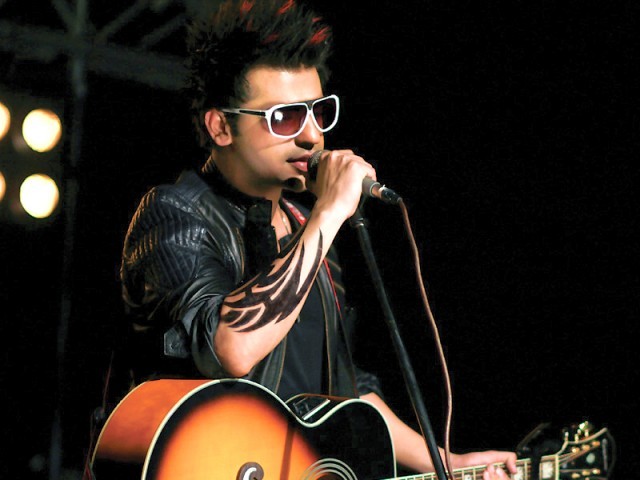 Singer Farhan Saeed’s “Pee Jaoon” has all the ingredients to rule the hearts of listeners. PHOTO: FILE

Singer Farhan Saeed has always had the looks and the voice to make it big in showbiz, but what he had lacked in his music were good lyrics and an unforgettable melody. Maybe that was the reason why some of his solo endeavours, especially songs like “Khwahishon”, couldn’t really give him the right start. However, all that has changed with his latest single and third solo track “Pee Jaoon”, which has spread like wildfire across the country. For the past one week, all the Pakistani music channels have been playing this song, and in no time it has climbed up the number one spot on music charts.

“Pee Jaoon” definitely has the band Jal’s vibe to it and it clearly reflects that Saeed and his producer Saad Sultan, who used to play sessions for Jal concerts, have learnt a lot from Gohar Mumtaz, the producer and songwriter of Jal.

Although “Pee Jaoon” might not be loved by the fans of Pakistani pop rock music as it leans towards commerciality, Saeed has finally come up with a song which is memorable. With a combination of sentimental and romantic lyrics, mixed with Saeed’s soulful voice and a catchy melody, the song has all the ingredients to rule the hearts of listeners.

However, the real cherry on top is the voice of female vocalist Momina Mustehsan, who features along with Saeed, in this romantic duet. Mustehsan had created quite a stir with her cover of Junoon’s “Sajna” which appeared in the band’s 20th anniversary album. From her punk rock efforts in previous songs to her semi- classical/pop sound in “Pee Jaoon”, Mustehsan has definitely covered a lot of ground as a dynamic singer.

And finally, one must give credit to the producer Sultan who finally managed to help Saeed put together something original and worthy of listening.

Set your heart on Sher Dil