Naich’s ex-wife, who conver­ted to Islam in 2011, says that she took shelte­r with Mian Javed to escape her husban­d.
By Rabia Ali
Published: April 18, 2012
Tweet Email 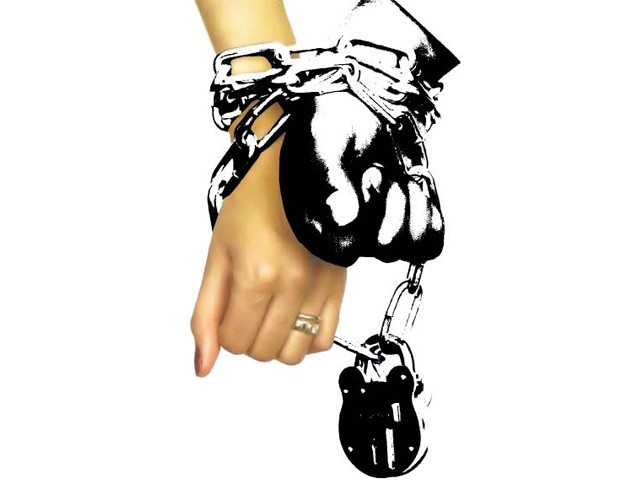 Anila did not only reject Naich’s accusation, but also said that Haq’s family saved her from her husband.

As the Hindu community continues to pin the forced conversions of Hindu girls on MNA and Pir of Bharchondi Sharif, Abdul Haq alias Mian Mitho, a Muslim man has also stepped forward with allegations that Haq abducted his wife and sold her off to another man.

Pervez Naich married Anila, previously known as Anita, after she converted to Islam in April 2011. “For several months I was silent because Haq’s family threatened to kill me and my family,” said 20-year-old Naich. “But since people have been speaking up against the Pir openly now, I wanted to do the same.”

Naich, who hails from Mirpur Mathelo, told The Express Tribune that Anila was converted to Islam last year by Mian Javed, Haq’s nephew, at Bharchondi Sharif.

“We were in love and got married last April, after which we moved to Islamabad. In July, we returned back to Mirpur Mathelo for a short visit.”

During their visit, Haq’s family invited the couple over for dinner. Naich alleged that following the dinner, Mian Javed asked him to leave Anila saying that she was like his daughter.

“I was puzzled and did not agree with him. The next day, his men abducted Anila from our house.”

Naich did not go to the police station to register an FIR, claiming that he knew the police would not register a complaint against the politician.

“Elders from my family tried to sort out the matter but the kidnappers did not release Anila, saying that she was a Muslim converted by them and thus, their responsibility.”

Naich said that his wife was pressurised into seeking a divorce as they were “happily married”. “She had two children from her previous marriage but she left them for me.”

Meanwhile, Anila did not only reject Naich’s accusation, but also said that Haq’s family saved her from her husband.

“Pervez is lying. I heard him making a plan about selling me to another man and that is why I came to Mian Javed and sought his protection.”

Anila said that she lived with Mian Javed for several months before her marriage in January to a man who lives in Dharaki. “I am happily married. I have no contact with my family or my children. How can I? I am a Muslim now,” she said, while denying that she was sold to her current husband.

Mian Aslam, son of Mian Abdul Haq, vehemently denied the accusation. “She came to us because Pervez was selling her for Rs 50 million,” alleged Aslam. “He is making up these stories to join the Hindu community in hatching conspiracies against us.”

The Human Rights Commission of Pakistan’s Sindh chairperson, Amarnath Motumal, urged the Supreme Court to take notice of Anila’s case. “Mian Mitho and his men are involved in the business of not only converting and encouraging forceful marriages, but also selling Hindu girls.”

Naich said that he will file a petition in the court against the forceful kidnapping.

Urban drought: Qayyumabad residents lose it after 15 days without water