No untowa­rd incide­nt has been report­ed in the past two weeks.
By Shabbir Mir
Published: April 17, 2012
Tweet Email 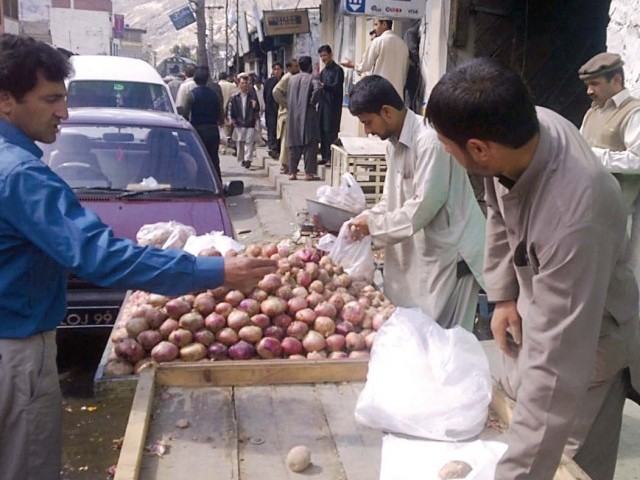 Markets reopen for nine hours at a stretch to facilitate residents for the first time since curfew was imposed two weeks ago. PHOTO: SHABBIR MIR/EXPRESS

Thirteen days after the worst sectarian violence erupted in Gilgit, curfew was partially lifted in the city on Monday.

People crowded markets in large numbers to stock up on essential items amid tight security. The authorities had asked residents not to come out wearing jackets, coats or chadars to prevent anyone from concealing firearms under their garments.

Curfew was relaxed from 7am to 4pm. At least two major schools and banks were allowed to reopen. Classes resumed at Army Public School (APS) and Public School and College (PSC).

Earlier, an official announcement stated that the break in curfew would end at 3pm. It was later extended to 4pm however, allowing people to go about their business for another hour.

Cash-strapped residents thronged the banks all day for transactions on hold for the past two weeks following the eruption of violence that claimed at least 20 lives in Gilgit and Chilas.

“It was a hectic day for us because of the rush of customers since the bank opened after two weeks,” said Jehanzeb Khan, an official at a private bank.

With army and other paramilitary forces patrolling the streets, life is gradually returning to normal and no untoward incident has been reported from anywhere in the city.

“The situation is under control and we hope normalcy will soon return to the city,” said an official in the district administration, adding that the relaxation in curfew would be extended in the coming days if the situation remains peaceful.

Muhammad Manzoor, a teacher at APS said few students turned up on the first day classes were resumed.

Meanwhile, according to an official announcement, Matric exams interrupted by the curfew will be held according to the previous schedule. New dates for the remaining exam papers will be announced in the near future.