Corporate titan: After 27 years at Engro, Asad Umar calls it a day

Corporate titan: After 27 years at Engro, Asad Umar calls it a day 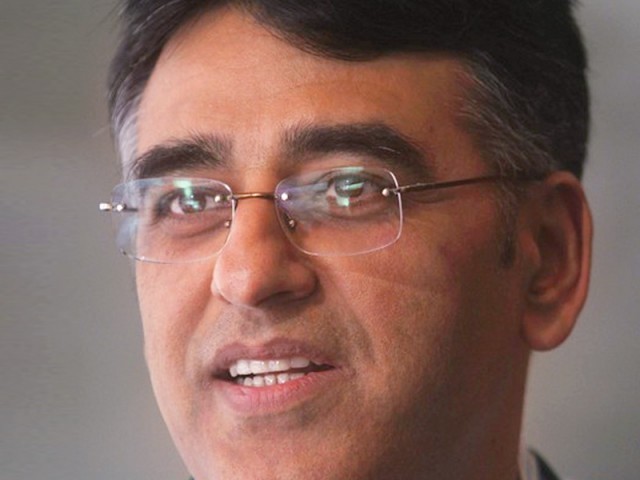 Umar himself refused to comment on what he would do next.

KARACHI: Corporate Pakistan lost one of its most admired CEOs on Monday, with Asad Umar taking an early retirement from the Engro Corporation, amidst rumours that he might be closing out a highly successful business career to begin a political one.

Umar himself refused to comment on what he would do next. “I do not want to address the speculation at this time. You will hear within the next two to three days what I will be doing next,” he told The Express Tribune. The market however did react to news of his departure and the stock price went up 5% within minutes of the announcement.

His departure, meanwhile, raises the question of who will replace him at the helm of one of the largest and most respected companies in the country. In an internal e-mail circulated to employees, Engro’s chairman and largest shareholder Hussain Dawood did not offer specifics. “Asad’s successor will be announced in the near future,” he said. Dawood owns around 38% of the company.

While there were initially some rumours that indicated that Umar may have left after disagreements with the board, sources close to Engro’s board say that the decision was purely motivated by Umar’s personal desire to move on to other interests.

His tenure at Engro has certainly been a remarkably successful one. When Umar took over as President and CEO of the company in January 2004, Engro was largely just a fertiliser manufacturer with a small petrochemical subsidiary. Under his leadership, however, the company turned into a diversified industrial conglomerate, with interests ranging from fertilizers, foods, petrochemicals, chemical storage, energy and commodity trading.

Small wonder, then, that Dawood was effusive in his praise of Umar when announcing the departure to the company’s employees, noting that under his leadership, Engro’s revenues had grown from just Rs13 billion in 2004 to Rs114 billion in 2011, growing at an annualised rate of nearly 36.4%. (Inflation during that time averaged 12.6% per year.)

Even within the core fertiliser business, Umar took Engro from being a local player to a globally competitive one, leading the firm into the $1.1 billion project that set up the world’s largest single-train urea manufacturing plant in Pakistan.

Umar’s 27-year career at Engro began in 1985, when the company was still a subsidiary of ExxonMobil, the global oil giant. “I still remember the exact figure of my first salary: Rs8,170 per month. My boss at the time said ‘Well, frankly they are paying you too much.’” As CEO of Engro Corporation, Umar was paid Rs68.6 million for the year 2011, which comes to a monthly salary of Rs5.7 million.

In addition to his salary, Umar, 50, was also paid in stock and currently owns about 2 million shares of the company, with options to buy another 924,000, according to Engro’s latest available financial statements. At Monday’s closing price of Rs102.47 per share, that puts the value of Umar’s stocks and options at over Rs300 million.

Umar represents the growing class of executives trained by the country’s business schools who made it big by working their way up the corporate ladder rather than being born into privilege. Umar graduated from the Institute of Business Administration in Karachi in 1984, working for a short stint at HSBC Pakistan before moving to what was then Exxon Chemical Pakistan as a business analyst.

He was the only Pakistani employee of Exxon working abroad (in Canada) when the famous management buyout of Engro took place in 1991. Umar came back to Pakistan and in 1997 was appointed the first CEO of Engro Polymer & Chemicals, the group’s petrochemical arm.

When Umar became president of the company in 2004, he immediately made the company take a global perspective, becoming the first Pakistani private sector firm to hire the top (and expensive) US consulting firm McKinsey & Company to help create the Engro’s strategy. Engro changed its corporate structure as a result of that engagement and is now on a global expansion kick, buying out a US-based food company and considering expanding into the fertiliser business in North Africa to supply the European market.

Umar is long rumoured to have harboured political aspirations. In 2007, he appeared as a contestant on the DawnNews game show “Enter the PM”, which was a mock selection of a new prime minister shortly before the 2008 general elections. Umar emerged the winner in that contest.

In recent months, the blogosphere has been increasingly vocal about Umar’s political leanings, which he hinted at strongly by participating in the Pakistan Tehreek-e-Insaaf’s “Professionals Forum”. Indeed, his political leanings have been rumoured to have had a negative impact on Engro’s relations with the current administration, led by the rival Pakistan Peoples Party.

So strong is this market perception that Engro’s stock hit the upper circuit breaker of 5% as soon as the news was revealed that Umar would be leaving the company. “People think that Engro has not been getting gas for its new fertiliser plant because he has bad relations with the government,” said one portfolio manager based in Karachi.

Untapped market: Can Pakistan become a hub for medical tourism?