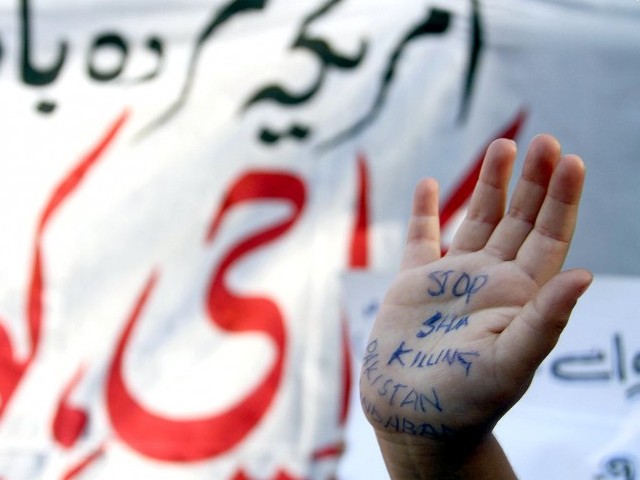 QUETTA: The security plan devised by the Government of Balochistan to target terrorists fanning sectarian violence in Quetta appears to have failed as yet another man belonging to the Hazara community was gunned down in broad daylight on Quarry Road, while six others escaped unhurt in a separate attack on Spinny Road.

Salman Ali, an elderly man, was sitting at a tyre shop when two assailants on a motorbike appeared and shot him in the head and chest. The attackers fled from the scene after the incident. The police reached the site and took the body to Provincial Sandeman Hospital.

Police termed the killing a case of sectarian targeted killing saying the victim was Hazara and a resident of Marriabad, a neighbourhood of the Shia community.

The incident triggered panic and most of the shops and markets on Quarry Road, Prince Road, Mezan Chowk and Liaquat Bazaar were closed.

The police and traffic police deputed in these areas were seen advising the people to go home by saying the situation had gone worse again.

The killing was reported in the heart of the city where a heavy contingent of police, Frontier Corps (FC) and other law enforcement agencies were deployed a few days ago following the targeted killings of six people on Monday.

A few hours earlier, members of the Hazara community in a yellow cab escaped unhurt when a group of armed men opened fire at them on Spinny Road.

“The people were on their way to Marriabad from the Hazara town when they were attacked by armed men. However, the people escaped unhurt in the attack,” Shia Conference stated in its statement to condemn the killings.

“It is ironic that the chief minister chaired a high-level meeting with the participation of high officials of law enforcement agencies and very next day, killing of innocent people resumed,” the Shia leaders said.

A number of Hazara people blocked the highway on Western Bypass to condemn the previous targeted killings. They raised slogans against the government and law enforcement agencies for their failure to break up the chain of target killers.

Angry protestors also burnt tyres at Mezan Chowk and on Alamdar Road to register their protest.

Chief Minister Balochistan Nawab Aslam Raisani returned to Islamabad after chairing a high-level meeting pertaining to the law and order situation in Quetta.

The spokesperson of LJ who introduced himself as Ali Shair Haideri told local media in Quetta that his organisation carried out targeted attacks on Quarry Road and Spinny Road. Talking from specified location, he said his organisation will continue its attacks in the future.