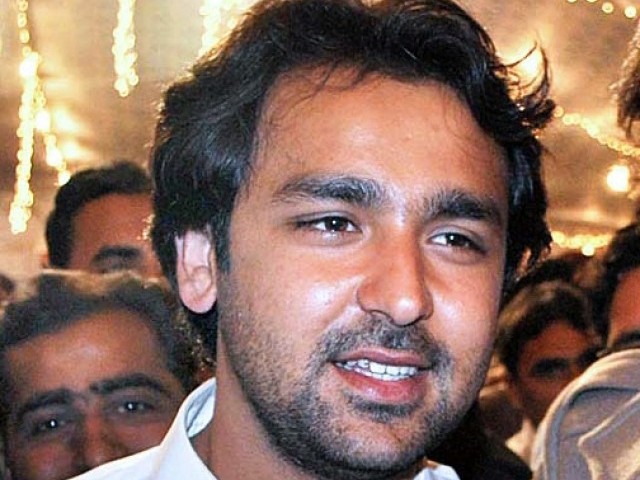 While the country’s top court hears a corruption case involving the premier’s son, an opposition-led parliamentary panel on anti-narcotics has decided to initiate a parallel probe into the issue on April 17.

Although charges against him are yet to be established, Ali Musa Gilani is accused of involvement in a multi-billion financial scam regarding the distribution of Ephedrine – a chemical used in medicine – at a much greater quantity than the allotted quota.

The 17-member committee includes six members from the ruling Pakistan Peoples Party, four from the PML-N, three from PML-Quaid and one each from the Awami National Party, the Muttahida Qaumi Movement, the Jamiat Ulema-e-Islam-Fazl and the Federally Administered Tribal Areas.

Abbasi told The Express Tribune that his committee has asked the anti-narcotics minister, establishment secretary, Anti-Narcotics Force officials and other relevant officials to present a record of the case before the parliamentary panel.

The minister has already declined to appear before the panel, citing personal engagements. The health secretary is also hesitant, he said.

Abbasi, however, was determined that his committee would try to dig out the facts and make everything public.

The next hearing of the case before a three-member bench of the Supreme Court is due on April 20, where Ali Musa, former health secretary Khushnood Lashrari, the incumbent health secretary and the acting director general of the ANF Zafar Abbass have been directed to appear before the court.

‘Research in nuclear technology can be fruitful for humanity’