TAPI project: ECC likely to give approval for signing part of the deal

TAPI project: ECC likely to give approval for signing part of the deal 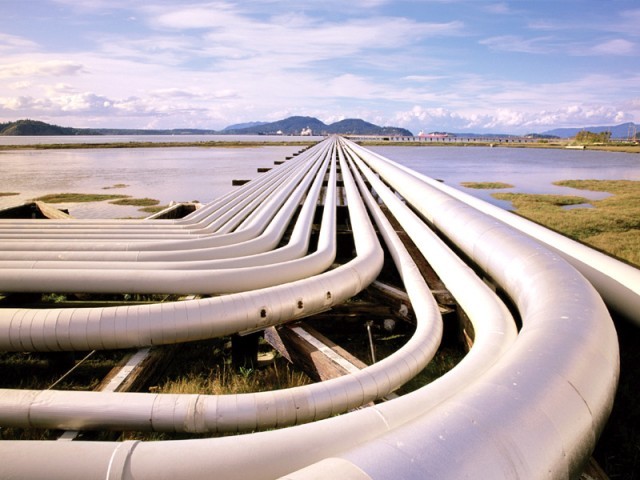 Pakistan and Turkmenistan have agreed to keep gas price at 70% of crude oil price, lower than the 78% parity agreed in the IP gas pipeline. PHOTO: FILE

Pakistan and Turkmenistan were scheduled to sign the GSPA agreement on April 17 but postponed it due to negotiations between India, Afghanistan and Pakistan on transit fee here in Islamabad next week, a government official told The Express Tribune.

Official said that Pakistan and Turkmenistan had finalised to keep gas price at 70% of crude oil price, much lower than the 78% parity agreed with Iran in the Iran-Pakistan gas pipeline.

The three countries will hold two-day talks from Monday in Islamabad to discuss the fees for transmission of gas from Turkmenistan through Afghanistan and Pakistan to India. In discussions already held on transit fees, Afghanistan opted for Pakistan to pay the fee in the form of gas but Pakistan opposed and proposed to pay it in cash.

Under the initial TAPI project, Pakistan and India are both scheduled to receive 1.365 billion cubic feet of gas per day (bcfd) and Afghanistan 0.5 bcfd.

However, Afghanistan in a meeting earlier this year with Pakistan informed that it does not want gas supply from the project anymore and only transit fee for use of its territory.

If Afghanistan withdraws, its share will be evenly distributed between Pakistan and India,” official said adding that this issue will also come under discussion during talks scheduled next week.

Afghan and Pakistani officials had discussed three different proposals in first week of February in Islamabad relating transit fee that included fee in cash or kind and fixed fee in dollar term on volume of gas from Turkmenistan. The last option was to link transit fee with per kilometre length of gas pipeline. “These proposals will again be discussed to reach agreement on transit fee,” official added.