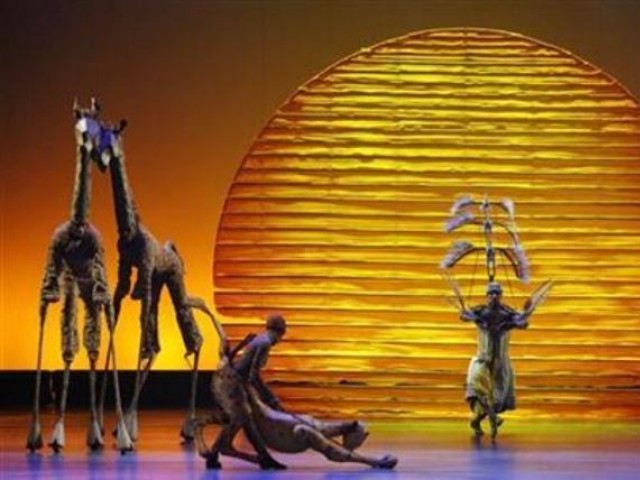 The cast of 'The Lion King' performs the opening number at the 62nd Annual Tony Awards in New York, June 15, 2008. PHOTO: REUTERS

LOS ANGELES: Broadway has a new ruler, and its name is The Lion King.

The musical over the weekend ousted long-standing box-office hit The Phantom of the Opera from the top of the list of all-time Broadway box office hits, a Disney spokeswoman said on Monday.

“Naturally we’re humbled by this milestone,” Thomas Schumacher, producer and president of Disney Theatrical Productions, said in a statement.

“This accomplishment belongs to our audiences, millions of whom are experiencing their first Broadway show at The Lion King. Surely, introducing so many to the splendor of live theatre is our show’s greatest legacy,” he said.

The Lion King, based on the 1994 animated Disney film of the same name, follows the journey of Simba, a young lion born into animal royalty. When Simba is ousted into the wild by his evil uncle, he overcomes adversity with the help of his jungle friends to reclaim his crown as king of African wildlife.

The musical, which features songs by Elton John, lyrics from Tim Rice and is directed by Julie Taymor, has been a success since its opening in November 1997. The show has become an international sensation after playing around the world and setting up a West End production in London in 1999.

Phantom of the Opera still holds the crown for the worldwide box office for a stage musical with global ticket sales of $5.6 billion, ahead of The Lion King at $4.8 billion.