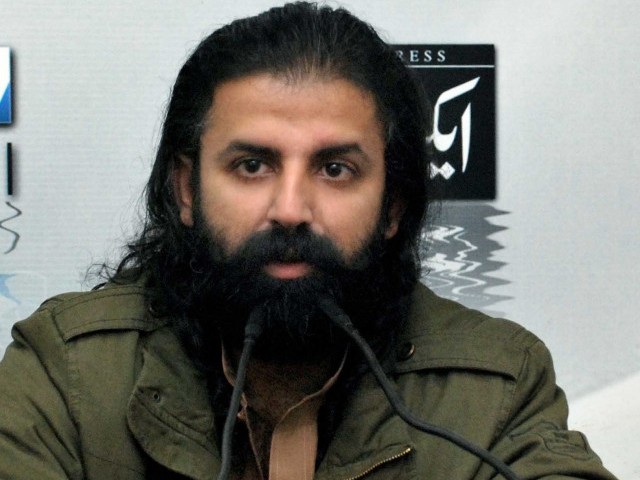 QUETTA: The Supreme Court bench headed by Chief Justice Iftikhar Mohammad Chaudhry has set aside the Balochistan High Court orders under which a bail was granted to Jamhoori Watan Party (JWP) leader Shahzain Bugti and his 27 accomplices.

Shahzain Bugti, the grandson of Nawab Akbar Bugti, was arrested along with his 27 guards on December 22, 2010, when Frontier Corps (FC) intercepted his convoy near Buleli check in Quetta and recovered a huge cache of arms and ammunition. The security forces also recovered 50 Kalashnikovs, 46,000 rounds and anti-aircraft guns, said sources.

However, Shahzain Bugti and his accomplices were released after their bail pleas were accepted by the Balochistan High Court (BHC) hearing into the case.

The Supreme Court bench on Tuesday, after hearing the arguments presented by the prosecutor general and counsel of Shahzain Bugti, set aside the bails orders of the high court. This order makes the arrest of Shahzain Bugti and his accomplices possible, however no direct instructions were issued by the bench.

The lawyer of Shahzain Bugti, WN Kohli, said that his client was implicated in fake charges in order to bar him from launching a long march from Quetta to Dera Bugti for the rehabilitation of Bugti Internally Displaced People (IDPs).

However, Prosecutor General Mohammad Wasey Tareen said that the security forces intercepted the convoy of Shahzain Bugti on a tip-off about the smuggling of arms and ammunitions in a large quantity from Afghanistan to Quetta.

Earlier, the bail pleas were granted on the ground that the case came in the jurisdiction of Anti-Terrorism Court and not the high court. The case was with the Additional Session Judge V, while the plea for the cancellation of granting bail was filed by the government.