PCNS recommendations: ‘Pakistan should have clear role in Afghan endgame’

PCNS recommendations: ‘Pakistan should have clear role in Afghan endgame’ 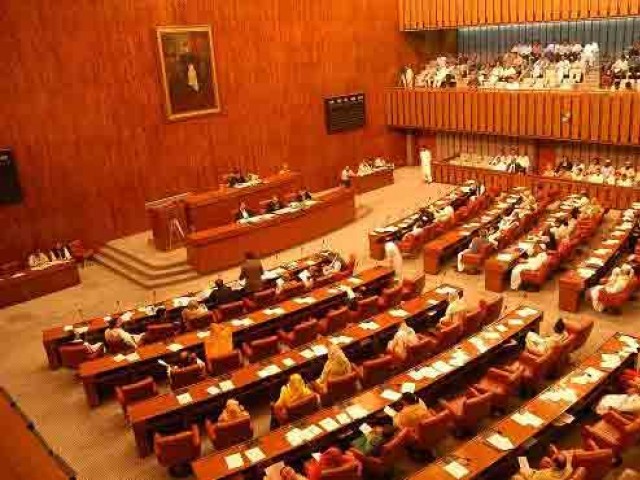 It’s an either-or situation. Either the US should define Pakistan’s role in the Afghanistan reconciliation process as troop withdrawal draws closer – or continue to face a stalemate over the resumption of Nato supplies, the Parliamentary Committee on National Security (PCNS) said on Saturday.

The parliamentary committee urged the government to link the resumption of supplies with the Afghan endgame.

“Washington should ensure ‘Pakistan’s key and well-defined role’ in the Afghan reconciliation process,” suggested a member of the PCNS, reviewing recommendations on Pakistan-US relations as well as the foreign policy in general.

Meanwhile, a senior lawmaker who attended the meeting of the 12-member parliamentary panel told The Express Tribune that the Pakistan Muslim League-Nawaz (PML-N) demanded that two points be added to the proposals being reviewed. Both the points are ambitious, to say the least: Firstly, the release of Dr Aafia Siddiqui and secondly, a solution to the Kashmir issue. This additional input is likely to be clubbed to the final draft of these proposals, officials said.

Lawmakers from the ruling alliance – the Pakistan Muslim League-Quaid (PML-Q) and the Pakistan Peoples Party (PPP) – recommended that “the Nato supplies’ resumption should be linked to suspension of drone strikes in Pakistan.” The largest opposition in the National Assembly, the PML-N, appears to be in concurrence with this demand, and the PCNS is seriously considering it.

However, chief of his own faction of the Jamiat Ulema-e-Islam Maulana Fazlur Rehman rejected such recommendations during the meeting. “Come what may, the Nato routes should not be reopened ,” one of the participants quoted him as saying, adding that he [Fazl] will not attend PCNS meetings next time if his recommendations are not entertained by the PCNS.

The committee also unanimously decided to amend three clauses, although these may be deleted from the final draft. The amended clauses involve US intelligence operators and security contractors in Pakistan, guarantees against US footprints on Pakistani soil and the use of military bases in Pakistan.

PML-Q Senator Mushahid Hussain Sayed suggested to the committee to amend the proposals while keeping in mind the changing political scenario in the region. “We should stand united to promote our friendship with neighbours – ensuring the US that we want peace in the region. The Afghan endgame is inevitable now, and this message should go to Washington now.”

PCNS Chairperson Senator Raza Rabbani said the members of the committee will meet on a day-to-day basis till April 5. “It’s our (lawmakers’) prime duty to bring about such recommendations which could write a new history in the state’s foreign policy,” Rabbani said while briefing reporters on Saturday.