A judge had alread­y thrown out a reques­t for an FIR.
By Our Correspondent
Published: April 1, 2012
Tweet Email 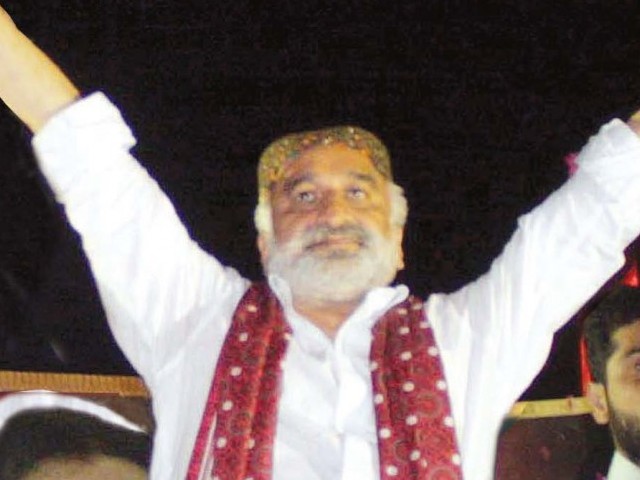 A two-judge bench has restrained a single-judge bench from hearing a request to book Zulfiqar Mirza in a blasphemy case.

The request was made by the Muttahida Qaumi Movement’s Rauf Siddiqui, who is the minister for industries. He has alleged that Mirza blasphemed himself during television interviews.

But now Mirza has challenged the request. His lawyer Anwar Mansoor Khan appealed to Justices Maqbool Baqar and Shafi Siddiqui on Saturday to restrain Justice Muhammad Ali Mazhar from hearing the matter.

Zulfiqar Mirza’s lawyer submitted that his client was a staunch and practising Muslim who was ready to sacrifice his life in love for the Holy Prophet (PBUH) and thus the allegations were politically motivated.

The two-judge bench ordered for notices to be issued to the Sindh advocate general and prosecutor general for April 11.

Angered by the police’s failure to arrest the killers of Malir Bar Association pioneer Salahuddin Haider and his son who were murdered a week back, the MBA staged a sit-in on the National Highway on Saturday, blocking traffic.

They shouted slogans against the police and administration and warned of a wider and prolonged protest if the killers were not arrested by Monday.